Out of sight, yet growing day by day, the number of containerships straddling the Pacific shoreline waiting for berths to open up at Los Angeles and Long Beach is now in excess of 100.

Spread out across 1,000 miles of North American coastline, stretching deep into Mexico, there are 101 boxships anchored or loitering, waiting for space at America’s twin top gateways, according to the latest data from the Marine Exchange of Southern California. The typical pre-pandemic fortnight’s passage for ships transiting from Asia to North America is now soaking up enormous capacity with some voyages taking longer than 45 days to berth.

Last month, American authorities pushed the vessel parking lot away from the California coast, asking ships to idle some 150 miles from the coastline. While surfers at Newport Beach, south of Los Angeles, are no longer looking at an armada of container tonnage, the volume of backed up vessels has continued to swell.

“Could you imagine the risk if the 101 container ship backup were all within 40 miles of LA/LB tonight in a rainy storm? Now, they are spread out 1,000 miles including many in the relatively calm waters south off the coast of Mexico,” a Facebook post from the exchange stated yesterday.

By last night, authorities had actually cleared all ships anchored off Los Angeles and Long Beach in preparation for a big incoming storm.

Highlighting the extreme waiting time for ships across the Pacific tradelane, Sal Mercogliano, an associate professor at Campbell University in North Carolina, pointed towards the Navios Amarillo 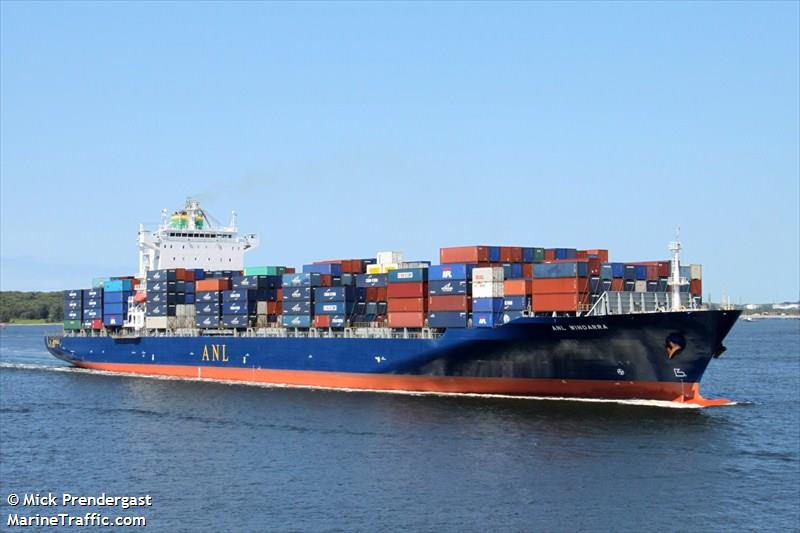 waiting off Baja, Mexico and the Maersk Esmeraldas waiting off Xiamen in the latest video from his popular What’s Going on With Shipping YouTube series.

The 4,250 teu Navios Amarillo left the South Korean port of Busan on November 17 and is currently anchored in Mexican waters with a scheduled berthing in Los Angeles on January 2, making for a 46-day transit.

Showing the scale of the extraordinary backup on the Pacific, the 13,000 teu Maersk Esmeraldas left the port of Xiamen two days ago and remains at anchor not far from the Chinese coastline with a scheduled arrival in Los Angeles on January 11 making for a month’s transit time.

The ports of Los Angeles and Long Beach yesterday announced that the planned container excess dwell fee has been put on hold for another week. The fine was first mooted in October but has yet to be introduced.