Containership charter rates have stormed to new record highs with analysts warning that the scarce tonnage available could see prices remain at extraordinary levels for much of the year. 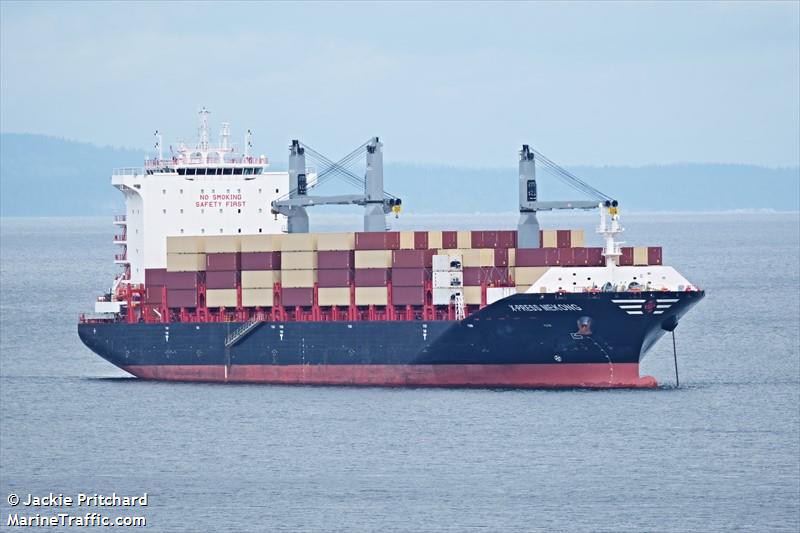 for 50 days from the end of February for a stunning $175,000 a day have been confirmed today by liner data provider Linerlytica, the highest rate ever paid for a containership of this capacity. Details of the charter stipulate that the price escalates if it is redelivered late. The prompt delivery of the vessel is understood to have pushed prices higher, with very few vessels now available for swift charter.

It’s only a matter of time before 2023 becomes the focus, with almost no ships available for the rest of 2022

The one-year-old vessel is a sister ship of the ill-fated X-Press Pearl, which caught fire and became one of the most high-profile shipping casualties of 2021.

X-Press Feeders and its parent Sea Consortium have played the markets well during container shipping’s boom era. Alphaliner this week suggested the company was behind the boxship S&P deal of the year for 2021 with the sale of the 4,896 teu X-Press Jersey to Mediterranean Shipping Co (MSC) for $105m, a ship the Singapore-based company had picked up in 2019 for just $26.9m.

Pasha Group, and its Jones Act liner Pasha Hawaii, have been sending charter rates northwards repeatedly in the opening weeks of 2022. Splash reported last month how Pasha had teamed with wholesaler Costco to make some big plays in the charter market, taking seven charters for ships ranging in size from 2,100 to 3,500 teu with most taken on a three-year basis.

Among other eye-catching recent charter deals concluded, Alphaliner is reporting the 2,452 teu, 1997-built Messini has been fixed to Wan Hai at what the liner consultancy described as a “mind-blowing” $80,000 a day for 12 months.

“This rate is an absolute all-time high for a standard and relatively basic ship of this age, and for this duration,” Alphaliner said of the 25-year-old ship in its latest weekly report.

As well as the overall congestion picture tying up a considerable swathe of the global container fleet, broker Clarksons pointed out in its most recent weekly report that the purchase of ships by many liner companies has been another reason for the extremely limited availability of tonnage on the charter market.

“In the larger sizes, it is only a matter of time before 2023 becomes the focus, with almost no ships available for the rest of 2022. These staggering market conditions look set to continue for some time, especially with significant newbuild deliveries still some way away,” Clarksons pointed out.

Looking at today’s market conditions compared to a year ago, container analysts at Braemar ACM observed this week that 12 months ago the market still offered alternative supply, but now some operators may not be able to cover their requirements.