A total of 57 crew were kidnapped last month in and around the Gulf of Guinea, a similar figure to November with shipping now on high alert as the security situation in in West Africa has spun out of control. 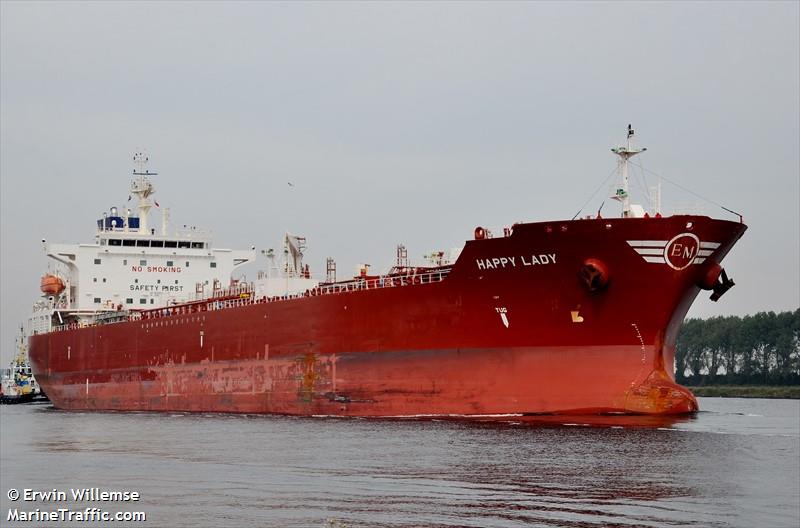 tanker, which has been at anchor for a number of weeks off Limbe in Cameroon. A Greek national was taken to hospital following the attack having been shot.

In a note to clients following the attack, maritime security firm Dryad Global reported that 57 crewmembers had been abducted in the Gulf of Guinea in December alone.

“The rapid increase in incidents is believed to be perpetuated in part by a confluence of factors including favourable conditions and reinforced successes. Lengthy turn around times at terminal locations present considerable security challenges for vessels seeking to reduce exposure to the risk of incident. In addition to this, a lack of coherent and coordinated security response means that pirates are able to operate between national maritime boundaries without restriction,” Dryad noted.

Dryad Global in partnership with TankerTrackers.com has identified a mothership being operated in the region, the Determination 2, a chemical tanker, which has an orange hull.

In a joint statement issued last month, Roger Harris, executive director of the International Seafarers’ Welfare and Assistance Network and the Revd Canon Andrew Wright, chairman of the International Christian Maritime Association, said: “It is our hope that all parties will work together to break up the gangs working in the area and that those responsible for such criminal acts will be brought to justice. Seafarers are justifiably worried about working in these areas and the stress of just thinking one might be attacked can be overwhelming.”

BIMCO advice for ships heading to the troubled area can be found at http://maritimeglobalsecurity.org.