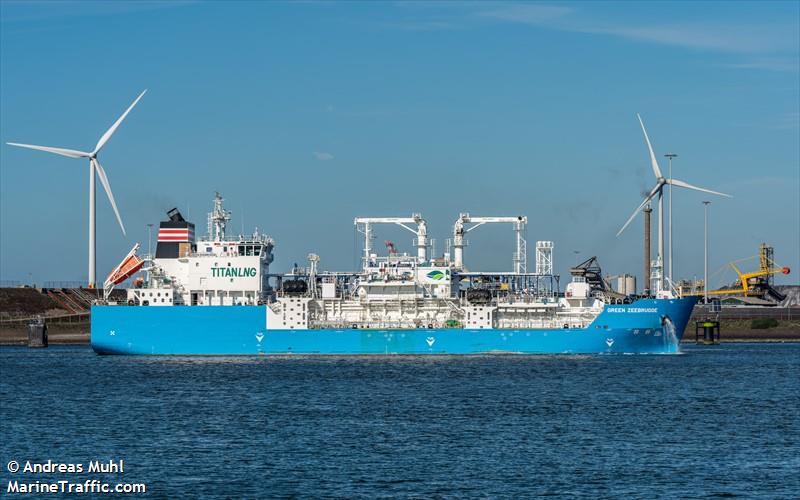 Previously known as the Engie Zeebrugge, NYK renamed the vessel the 5,200 cu m Green Zeebrugge recently after becoming the sole owner of the vessel.

The agreement sees Titan LNG charter the Green Zeebrugge for several years from February 2021. The vessel will be used to supply LNG to larger LNG-fuelled vessels in the Amsterdam-Rotterdam-Antwerp (ARA) region.

The Green Zeebrugge is added to the two already operational barges, FlexFueler’s 001 and 002, as Titan LNG gears up.

From all available e-fuels like ammonia and methanol, synthetic liquid gas is the only fuel with global existing infrastructure

More vessels are planned. The Titan LNG Hyperion, an 8,000 cu m vessel that is nearing final investment decision, could be in action in early 2023. Titan LNG has said it expects to have the largest network of LNG bunkering vessels in Europe by 2025.

Titan LNG will soon supply so-called bio-LNG which can be dropped in and blended with LNG using existing infrastructure and engine technology. The next step of using green hydrogen to convert into e-fuels – or synthetic liquid gas – is under development by Titan for implementation in 2024.

“From all available E-Fuels like ammonia and methanol, synthetic LG is the only fuel with global existing infrastructure to serve the marine industry and the best energy density,” Titan LNG maintained in a release yesterday.