Shipping has been put on alert to be highly vigilant when transiting the Gulf of Aden with news of an aframax tanker suffering sizeable damage after it struck a sea mine in Yemeni waters. 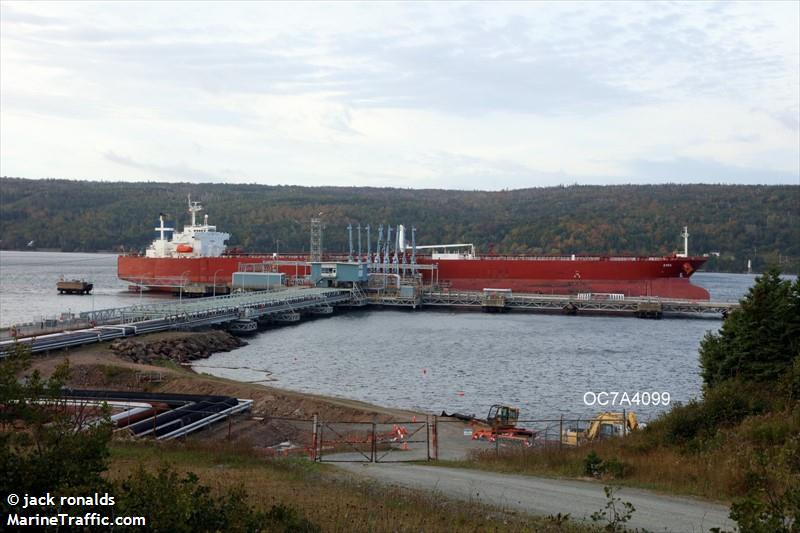 , a 10-year-old Maltese-flagged ship, hitting a mine just before midnight on October 3.

The ship was taking on crude at the Bir Ali crude single buoy mooring system, located in central Yemeni waters when the explosion happened.

A number of suspicious floating objects were reported to have drifted towards the tanker it it was loading its cargo. One or two of these objects – assessed as likely to have been floating IEDs or sea mines – later exploded in proximity to the tanker.

Security consultant Ambrey Intelligence has suggested the incident was likely a symptom of the ongoing battle between the Yemeni government and the Southern Transitional Council, a secessionist organisation.

Ambrey senior analyst Jake Longworth told Splash that no group has claimed responsibility for the attack.

“The war risk rating for Bir Ali and Ash Shihr – Yemen’s only operational export terminals – has been raised to elevated. This is due to the credible risk that the actor behind the attack on the Syra attempts to disrupt any future exports from Yemen using the same tactic,” Longworth said.

The ship, owned Thanassis Martinos-led Eastern Mediterranean Maritime (Eastmed), changed its insurance cover just 18 days go, switching to the Standard Club. Officials at Eastmed declined to comment on the damages sustained to the ship when contacted by Splash today.

Splash understands the tanker suffered damage to its forward ballast tanks, but has been able to move on its own power and is due to arrive in Fujairah in the United Arab Emirates later today where its cargo will be transferred and then the ship will head for repairs.

Eyewitness reports sent to Splash show significant hull damage to the ship, which is carrying around 65,000 tons of crude.

Also due in Fujairah for similar reasons is the New Diamond, a VLCC controlled by another Greek owner, Adam Polemis’s New Shipping. The tanker, which suffered a severe fire off Sri Lanka last month, is being towed across the Indian Ocean to the UAE oil hub where its cargo will be transferred and it will be assessed for repairs.

The oil spill in Yemen is not the only crude officials in the war-torn country are having to contend with. Splash reported earlier this week of a leak around the 44-year-old decaying floating storage tanker Safer, moored in the waters to the north of Yemen’s port city of Hodeidah.