Back to normal, business as usual, regular working. All phrases to which millions of people have clung to during the last six months as the Covid-19 pandemic upended predictions of what the world would be like in 2020.

As the days extend into summer and lockdown conditions begin to ease, it seems increasingly unlikely that the world will either achieve business as usual or return to its pre-lockdown condition.

So, what happens next – and how will we know when some kind of normality is resumed? Like many points of change, it could be only once passed that we recognise it. Shipping, for all the brainpower sometimes expended, has a patchy record of pre-apprehension.

With that in mind, the following thought experiment might provide some points for further discussion.

The companies that sustained their performance during the outbreak recognised the impact early. Much like the adoption of new technology – from the internet and email to e-business and digitalisation – to the early adopters will go the sustainable business. Communication, transparency and partnership were the key issues for not just keeping in touch with customers during the pandemic but maintaining trust.

Trust is a commodity that is accumulated during the good times and spent during bad ones. It’s not for nothing that legal contacts say they are busier than ever; so great is the weight of force majeure, contractual non-performance and other disputes. That essential lack of trust is part of the structure of the old shipping industry, in the words of Scorpio’s Robert Bugbee: “It’s not a team sport”. In practice, at times it’s more like the Hunger Games.

At a higher level, a lopsided system where half the world’s governments are prepared to stand behind their critical industries and the other use more subtle forms of support, has helped to create an unbalanced market for ships and cargoes that can only respond slowly to short term impacts.

This also results in their being limited tools to manage supply side response to changes in demand – and suggests that a combination of national interest and domestic political agendas will continue to dominate maritime policy unless something approaching a global consensus can be achieved.

This uneven approach extends to implementation of global governance and more than ever suggests that this is the time for the IMO – or indeed a group of member states that spans the developed and developing world – to step forward and show a greater degree of leadership.

It’s been suggested that with physical meetings cancelled it is time for the IMO to move online. That would be a Herculean undertaking – as anyone who has experienced IMO sub-committees can attest. But intercessional working and special subject matter groups should be able to function virtually or by correspondence, if not smoothly, then surely no less effectively than the average Zoom-enabled pub quiz.

There is too much at risk to enable a situation where resurgent piracy, the ‘new’ crewing crisis, risks to maritime safety, increased non-compliance or a de-railing of the decarbonisation agenda takes root and spreads further. It is also critical that IMO is functioning in order to provide the necessary balance to other lawmakers, both from a national and bloc perspective.

The current wave of distrust and dislike of the international institutions which for better or worse have shaped civil society and more in the years since the Second World War makes it more vital that IMO renews its purpose and underlines its role as servants of the people, rather than those who exist to keep the wheels turning.

One thing that is unarguable is how much the pandemic has brought the role of seafarers – and other transport professionals – into focus.

The restrictions on free movement, isolation, the struggle to connect with loved ones and availability of trustworthy support and advice became a reality for millions in the last few months. For seafarers it can be an everyday experience – and one brought closer to the public’s attention as a result of the crisis over blocked crew changes.

While lockdown demonstrated that much of the world can operate at a distance when it has to, not everyone has that luxury; seafarers and offshore energy personnel – like the world’s carers, medics, drivers, porters, cleaners and more – have to be out there on the front line.

This is not an argument for autonomous shipping – far from it. When the world’s only autonomous ship trial gets put on hold because of the pandemic it demonstrates that people will always be the glue that holds shipping together.

Of course, remote access and support are ideas whose time has come. This can be seen in the explosion in the last few months in use of remote equipment surveys and remote maintenance for critical updates. We have begun finally to comprehend the importance of IoT monitoring and reporting infrastructure as well as the boom in services like tracking, optimisation and monitoring as a supplement to voice and data communications.

Perhaps this illustrates more than anything that while we can continue to evolve and adapt the technology and systems we need, can we put them to work for the widest possible benefit and in the service of a sustainable industry and its people? In other words, can shipping accept the things it cannot change, have the courage to change the things it can, and the wisdom to know the difference?

This editorial appears courtesy of Global Navigation Solutions (GNS) and may be found in its original form here: https://www.gnsworldwide.com/after-the-flood/ 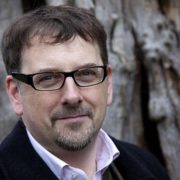