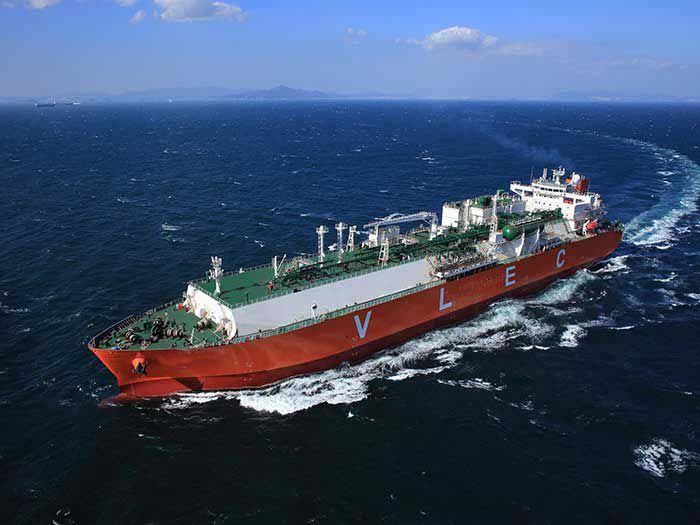 Ethane shipping has dominated headlines at this week’s Gastech in Houston, the world’s largest gas exhibition with a host of new ship designs and orders in the offing as US exports of the hydrocarbon soar.

American Ethane Company (AEC) is close to signing for a series of of ultra large ethane carriers (ULEC) with China’s Hudong Zhonghua Shipbuilding to transport 7.2m tonnes of per year of US ethane to China.

With a capacity of around 150,000 cu m each, these gas carriers will be among the biggest the world.

“The joint effort between China Merchant Group, AEC and ABS means this vessel has incorporated modern technologies such as cargo containment systems, ethane propulsion, and hull design and brings logistics efficiency and cost savings to long-term ethane shipping between the USA and Asia,” said AEC CEO John Houghtaling during the gas show yesterday.

In April last year AEC signed a memorandum of understanding with China Merchants to collaborate on ethane shipping from US to China.

The signing of the MOU followed AEC entering into a 20-year $26bn supply contract with China’s Nanshan Group November in 2017 to deliver ethane gas from a terminal on the Texas Gulf Coast to a new ethane plant in China.

Under the MOU, the two parties agree to jointly order and manage the VLEC newbuildings at CSSC-affiliated Hudong Zhonghua Shipbuilding. American Ethane is developing the largest ethane export terminal on the Gulf Coast with an annual output of 10m metric tons per year of liquefied ethane gas (LEG). Construction of the terminal will be completed next year.