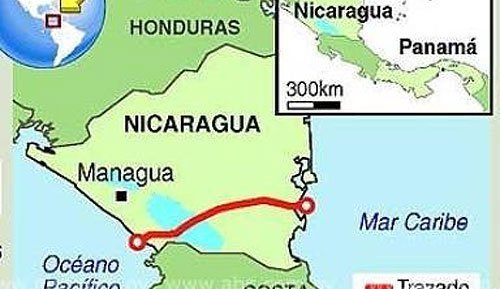 San Francisco: The planned Nicaragua Canal looks like it has passed another hurdle with early signs that it has the green light from an environmental impact report.

While groundbreaking for the $50bn Chinese funded waterway took place last December, little has happened since.

A social and environmental impact study by the UK consultancy, Environmental Resources Management (ERM), has been delivered and will be voted on next month, according to Telemaco Talavera, spokesman of the commission.

“In summary, ERM says that the project offers potential benefits for the environment and the people of Nicaragua,” Talavera told state media.

The aim is to get the 178 km canal open by 2020. Wang Jing, a Beijing telecoms tycoon, is fronting the project. He has previously stated he would like to get the excavation of the waterway underway by this September.