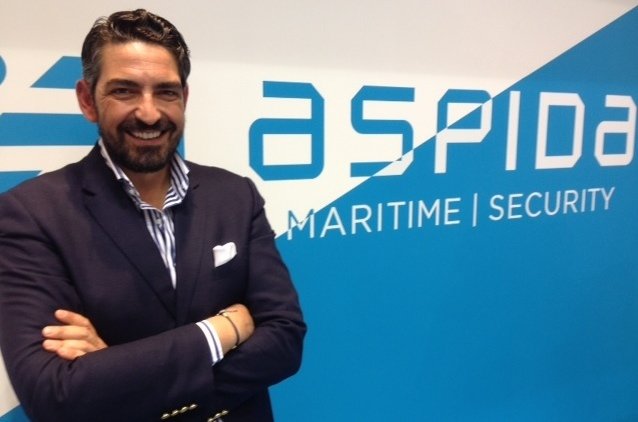 Athens: Shipowners are still being hoodwinked when it comes to choosing a private maritime security company (PMSC), says one of the best known faces in the sector.
“The majority of owners still just look at price,” says Panos Moraitis, ceo of Greek PMSC Aspida. “There are too many cowboys in the industry still,” he adds.
Thankfully, there is a growing tendency towards certification. Aspida was one of the first PMSCs to get an ISO28007 certification.
Moraitis is different to many other PMSC bosses in that his background is not military. He’s been in shipping since 1997 as a supplier. It was at a shipping conference in 2008 that he first got the idea for Aspida. He put together Greece’s first PMSC. The name, Aspida, is Greek for shield. “I realized then the need to have guards onboard to mitigate risks,” he recalls. There’s plenty of others in the company who also come from a non-military background too.
Currently, Aspida has offices in Greece, the UK, Denmark and Korea. Up next is likely to be Singapore, which is increasingly surrounded by a hotbed of piracy. The United Nations said last week Southeast Asia has become the hotspot for global piracy. Notes Moraitis, “Piracy for fuel is growing especially in the Malacca Straits and the Gulf of Guinea.” [16/06/14]