Mitsubishi Heavy Industries (MHI) is to build an 83,000-cbm LPG carrier for Astomos Energy Corporation, a Japanese LPG importer that supplies around 20% of Japan’s domestic demand.

Astomos already has four such LPG carriers on order at the yard, which were ordered in 2013. Three of the vessels under construction will arrive in 2016; the fourth is due to hit the water in 2017.

The latest LPG carrier, which is set for delivery in the fourth quarter 2018, will be built to the same fuel-efficient specification as the four existing newbuildings.

It will measure 230 metres in length overall (LOA), 11.1m in draft, with deadweight tonnage of 51,100 dwt. The vessel’s 36.6-metre width means that the vessel will be able to transit the widened Panama Canal, MHI said today.

After its delivery, Astomos’ latest newbuilding will replace  Pacific Century 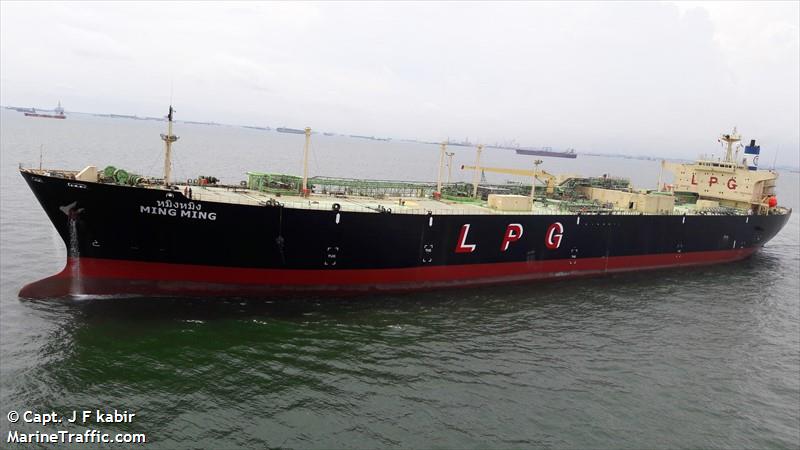 The company currently operates a fleet of 21 VLGCs, of which six are owned by the company and 15 are on timecharter.

Astomos aims to expand its LPG transport structure and increase in its gross LPG handling volume from the current 10m tons per annum to more than 12m tpa by 2017.

“With the emergence of the ‘shale gas revolution’ in the United States, demand for LPG produced in North America is projected to increase over the medium to long term in markets worldwide, including East Asia,” MHI said in a statement today.

“In tandem with this expansionary trend, coupled with the enlargement of the Panama Canal, newly constructed ships must offer increased carrying capacities and be able to transport over longer distances. They must also perform to tightening environmental restrictions imposed on such ship navigations. The LPG carrier newly ordered by Astomos Energy to Mitsubishi Heavy Industries Shipbuilding will satisfy these various requirements.”

The deal is MHI’s first vessel order since the shipyard was established on October 1 by its parent company Mitsubishi Heavy Industries Ltd to succeed its commercial shipbuilding activities in Nagasaki.

The new firm is focused on building LPG and LNG carriers and says it is “pursuing enhancement of production efficiency through continuous construction of the identical ship type”.