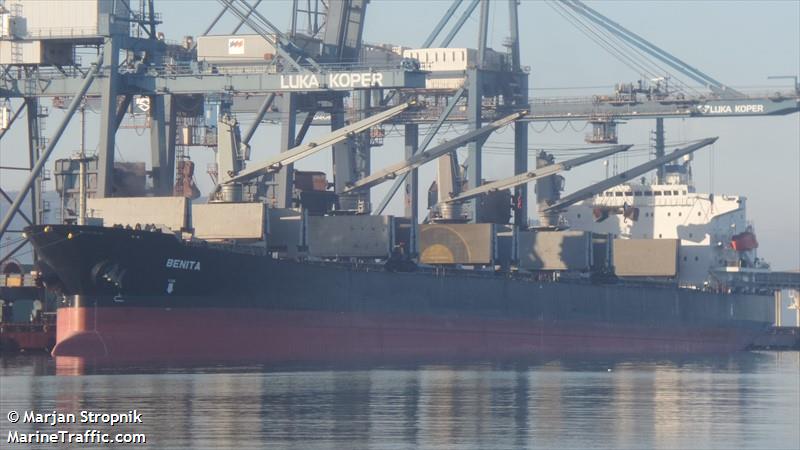 bulk carrier over the last few days, but preparatory work for an attempt to shift away from the rocks and refloat the vessel continue and should be completed shortly, according to Five Oceans Salvage.

The ship ran aground following a crew fight on June 17.

Over 200 cu m of contaminated fuel oil and lubrication oil have been removed ashore.

Work to sanitize and seal the vessel is almost complete, with over 5 km of welding having taken place, as is the sealing and pressurising of the cargo tanks and void spaces.

Tugs remain on site and are connected to Benita in order to prevent the vessel from running further aground during bad weather and to assist with the refloating operation.