It may be due to the ubiquitous Chinese fortune cookie, but nowadays, all Chinese proverbs seem to be purpose-written for takeout purposes. The one that comes to mind is: ‘Be careful what you wish for…’ there are several possible endings to that particular saying.

The reason for the present relative decline in China’s rate of economic growth is that it is going through a transition from an export-oriented economy to one more heavily based on consumption, and from one that produces low value-added goods, to one that produces high-tech products. China now is aiming to build an innovation-led economy, so that it can join the ranks of truly advanced nations by 2050. This, of course, was strongly advocated by most western economists, and even political leaders.

Since this column focuses on shipping as a key element in world import-export trade, it is worth examining what the effect is and will be on maritime transport. China now produces 16% of global output, the same as the US in purchasing power terms. Although economists have long urged Beijing to adopt pro-market reforms, the naked truth is that China has carried the global shipping economy – and the world economy as a whole – by doing quite the opposite.

Now that its policy makers are allowing markets to exert a greater influence, global investors are gasping in horror. Back in 2008, when the world economy almost collapsed, it was Chinese state intervention on a gigantic scale that kept things going. Chinese demand for oil, iron ore and copper lit off a boom in demand for those and other commodities in South America, Australia and Africa. A surge in Chinese consumer demand kept US automobile manufacturers and Silicon Valley buoyant.

All of this, despite a fairly massive shipping recession, kept maritime trade alive and, indeed, more prosperous than its gross overtonnaging excesses would have ever otherwise justified.

Now, however, China accepts that its economy cannot grow at 10% forever. By trimming fixed capital investment, it has sent global commodity prices into a tailspin, impacting the economies of mineral exporter countries. The resulting slide has scared the wits out of investors, and therefore markets.

Why did China do this? Because its technocrats realised that the Chinese state intervention that powered the great commodity booms of 2008 and after caused the building of houses, offices, steel mills and – yes – shipyards that (according to the technocrats in Beijing) China didn’t need.

Now, this flies against the belief, clung to in New York, Washington and London, that all this created jobs for Chinese workers. Whatever it did, as China pumped up investment levels to nearly 50% of GDP, the renminbi rose nearly 40%.

This month, in an unfortunate error in timing, the People’s Bank of China elected to move to a more market-oriented exchange rate. The timing was particularly bad because, at the same time, having trimmed fixed capital investment, Beijing decided to tame its stock market.

It is clear that the Chinese economic policy makers were not aiming at devaluation. All they wanted, as I’m sure they have explained to President Xi, was to move to a more flexible exchange rate. This would improve the renminbi’s odds of being included in the basket of Special Drawing Rights of the International Monetary Fund.

Because devaluation was never their intention, the Chinese have spent tens of billions of dollars a day to prop up the currency – the exact opposite of what they originally needed to do. As senior party officials have no doubt pointed out to the technocrats, they have ended up trying (and failing) to prop up the stock market. They have tried to curtail the credit bubble, only to advance more credit, to an unlimited extent. They have proclaimed drastic reform of state-owned enterprises, including shipyards, only to go into a stall, doing little or nothing.

My guess (which is as good as yours) is that state intervention will prevail. I imagine that President Xi Jinping, in his more reflective moments, might reach for a fortune cookie. If he opens it, it is likely to say: ‘You are older, and wiser’. If he opens a second fortune cookie, it will say: ‘Stabilise the situation, and secure a satisfactory level of growth’. There is likely, however, to be at least one more cookie. When he opens it, here’s what it will say: ‘You have only put off the evil day’. 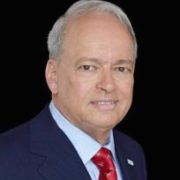 Clay Maitland has worked in the shipping industry since graduation from law school in 1968. Clay has been employed by International Registries, Inc. for 39 years and is now a managing partner of the company, which administers the Marshall Islands Ship Registry – the third largest registry in the world. He is President of the Trust Company of the Marshall Islands (TCMI), the statutory Maritime Administrator of the Republic of the Marshall Islands. Prior to the year 2000, Clay held similar positions with regard to the maritime administration of the Republic of Liberia.