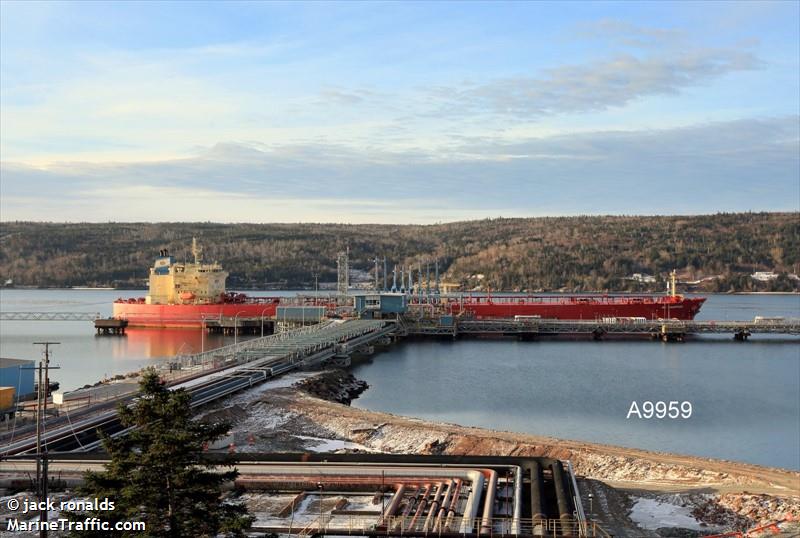 is set to arrive in Orkney this week.

The aframax currently operated by Russia’s top shipping line, Sovcomflot, which is not covered by sanctions, is due to berth at Flotta oil terminal on Tuesday.

In his letter to prime minister Boris Johnson, the MP for Orkney and Shetland, Alistair Carmichael urged sanctions against Sovcomflot and action to deny Russian-owned vessels access to UK ports.

“Like right thinking people across the United Kingdom, the people of Orkney have been sickened by what we have seen on our television screens of the Russian attack on Ukraine,” Carmichael wrote. “We expect you, as our prime minister, to act to stop this continued trade that is earning money to fund the slaughter of Ukrainian citizens.”

“It is imperative that you should act without delay to ensure that Sovcomflot is sanctioned and denied access for their vessels to British ports,” he added.

Protests were held on Orkney during the weekend against the invasion of Ukraine and the tanker’s arrival, which, for the time being, cannot be refused permission to dock.

“Over the weekend, we been working tirelessly to try and find a solution to the issue of the visiting tanker – in order to support the strength of feeling that is running not only in our community, but throughout our organisation too.

“We’re doing everything that is legally in our power to avert this situation – no stone is being left unturned. It’s a very complex, fast-moving situation and there are many unanswered questions,” Orkney Islands Council said.

A UK government spokesman said they were aware of concerns about Russian-connected ships potentially docking in the UK, adding that the government is working rapidly to explore a range of measures to restrict access for them.

“We are already discussing this issue with the Scottish government and the sanctions being considered are part of a wider package being worked up across the UK government,” the spokesperson added.

Sovcomflot, with a fleet of more than 130 ships, is currently subject to US sanctions, limiting its ability to raise money through the US markets.