Two bulk carriers suffered heavy damage after colliding in the Marmara Sea off the coast of the Doganarslan region between Canakkale’s Gelibolu district and Tekirdag’s Sarkoy district at around 06.00 hrs local time yesterday. 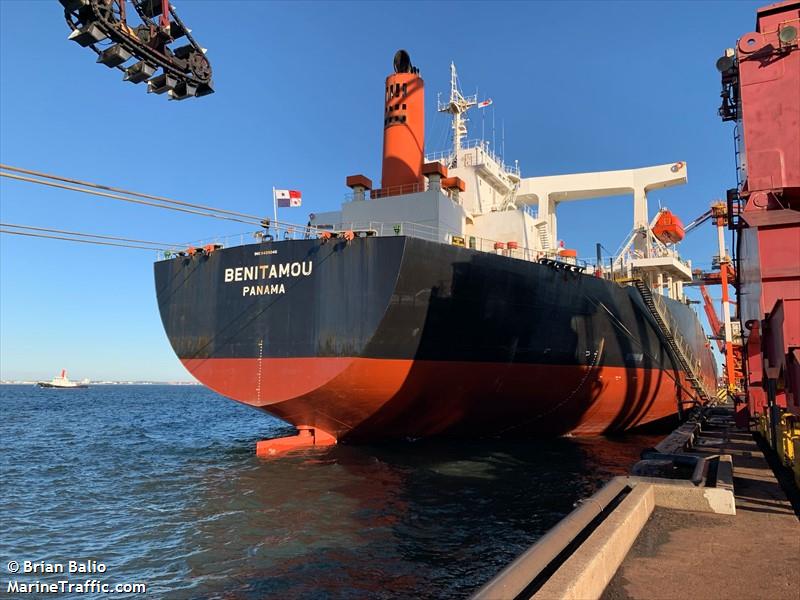 , carrying iron ore from China to Ukraine. The Doun Kisen-managed Benitamou had started to take on water after the general cargo ship, managed by Greece’s FGM Chartering, breached its hull in the middle area of ​​the port side.

Both ships were anchored in safe areas after the accident. While there is no immediate danger reported for the BC Vanessa, anchored off the coast of Sevketiye, one tug is currently on-site near Benitamou where investigations regarding the accident are taking place.

According to local media, the two ships collided due to the heavy fog in the region while on their way to the anchorage area to wait to enter the Dardanelles. No loss of life and no environmental pollution were reported.