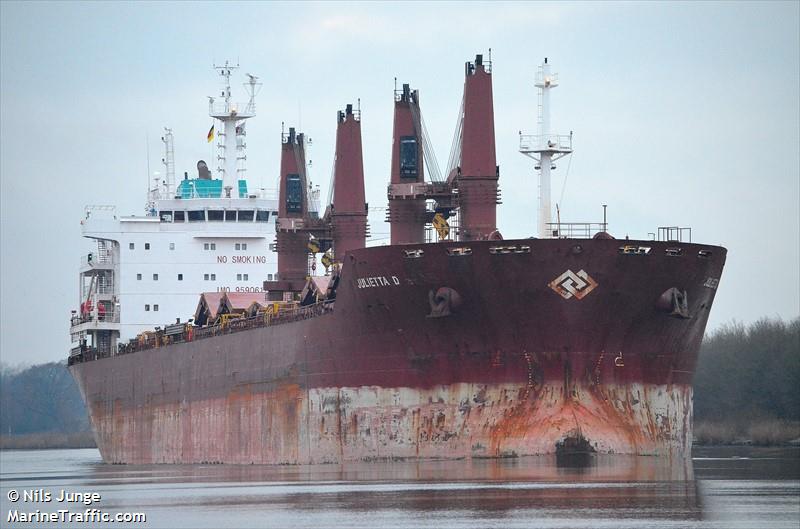 , which collided with a product tanker, Pechora Star, off the Dutch coast near Ijmuiden port earlier on Monday after its anchor failed to hold.

Following the collision, the 37,200 dwt bulker, which had 18 crewmembers onboard, began taking on water and drifting in the storm-ravaged North Sea before colliding with a platform foundation of the 1.5 GW Hollandse Kust Zuid offshore wind farm, which is under construction. Damage to the foundation is yet to be determined.

Meanwhile, two tugs have been sent to tow the Maltese-flagged Julietta D to the Port of Rotterdam. One of the tugs lost connection with the ship, but the latest update by the Dutch Coast Guard on the incident said that the situation was stable with the remaining tug waiting for calmer weather and daylight to bring the damaged bulker to the port. Attempts are also being made to reconnect the second tug.

All crewmembers onboard the unladen Julietta D have been evacuated and transferred to the mainland by the Dutch and Belgian coast guards. The situation onboard the Pechora Star is said to be stable, and the tanker has not lost any cargo. The Netherlands was hit hard on Monday morning by Storm Corrie, which also hampered the rescue efforts, causing wind gusts of up to 120km/h on the North Sea.