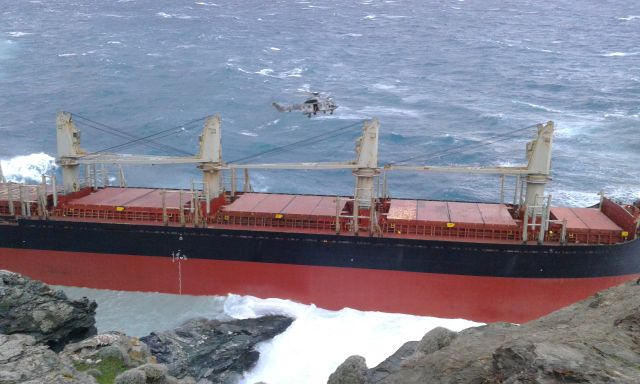 Athens: Bad weather has caused a Cyprus-flagged bulker to run aground off the Greek island of Andros, the Greek coastguard said today.

The vessel (pictured), which is operated by Athens-based Starmarine Management, was grounded off the northern coast of Andros at 01:34hrs local time on Tuesday, the coastguard said.

Winds in the area are reported to have been between forces 9 and 10 on the Beaufort scale at the time of the grounding, but are now between forces 8 and 9.

The Andros Port Authority has despatched an anti-pollution vessel to deal with a small spill from the stranded bulker. The coastguard said the vessel had suffered ingress of water.

A Lloyd’s Open Form salvage agreement has been signed between a salvage company and the ship’s operator.