In what has been branded the worst man-made natural disaster ever to hit the country, at least 60 tonnes of bunker fuel has poured out of the hull of a grounded bulker in the Solomon Islands with locals telling Splash the spill is continuing today.

The 1994-built Solomon Trader ran aground three weeks ago while loading bauxite in bad weather. Its anchor dragged and the ship became lodged on a reef off Rennell Island near the world’s largest raised coral atoll, a UNESCO site.

Australia’s High Commission in the Solomon Islands has issued photos of the disaster and shared findings from the Australian Maritime Safety Authority’s (AMSA) recent flyover of the scene. AMSA has estimated that 60 tonnes of oil has been spilled with a further 600 tonnes onboard the ship.

The ship’s charterer, Bintan, has said that the ship is now a total constructive loss.

Locals have reacted with increasing anger at the slow response from the government to fight the pollution, which will harm both fishing stocks and tourism revenues. Australia has just slapped a travel advisory on the affected area.

“Australia is extremely concerned at the scale of this disaster,” Australian high commissioner Rod Brazier said. “The impact of this oil spill will have a devastating effect on the surrounding environment, including potentially on a protected UNESCO World Heritage Site, as well as the livelihood of the people of Rennell,” he said.

Salvage teams from the US and Australia have been drafted in to remove the wreck. 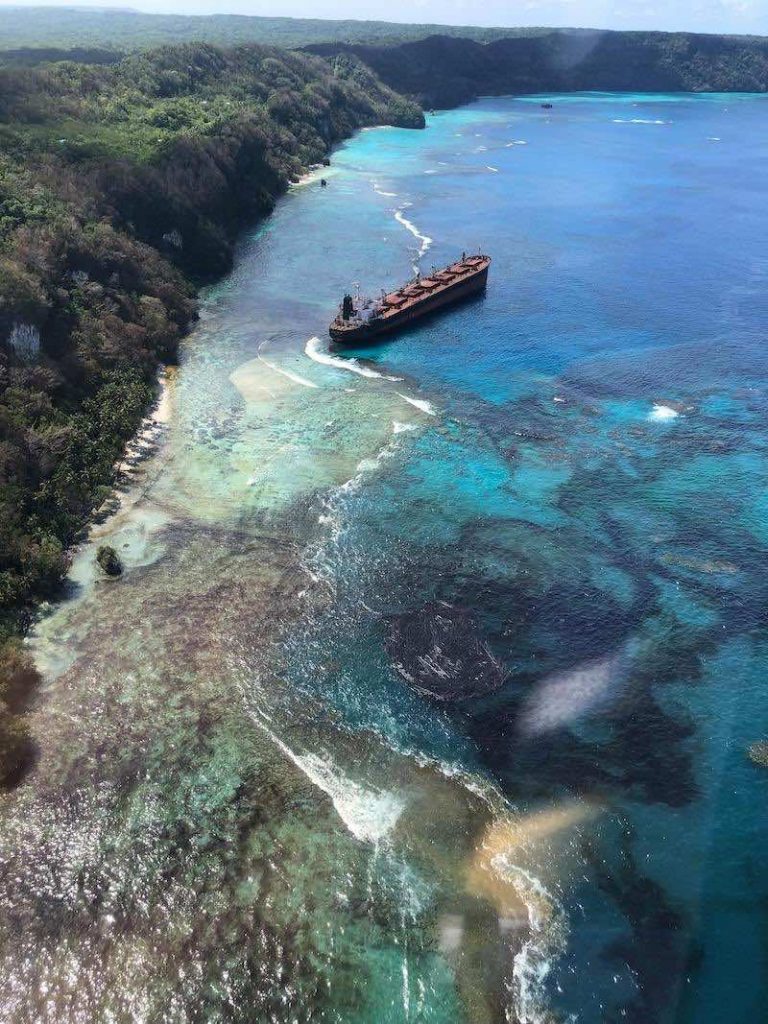