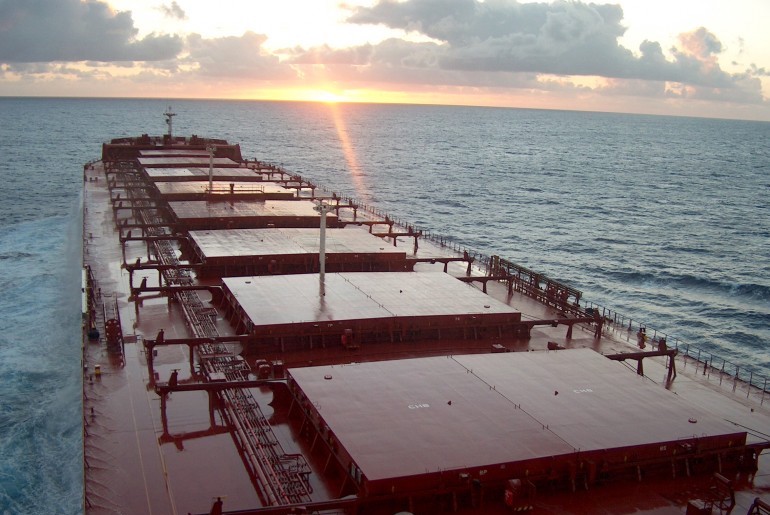 The BDI climbed by 86 points or 4.61% yesterday, reaching 1950 points, with many expecting the index to break through the 2,000 barrier today.

Iron ore prices have been nosediving over the past week, with analysts expecting the fall to continue so miners have been anxious to sell as fast as they can while prices remain above rock bottom.

Cleaves Securities noted in a report yesterday that after capesize spot rates fell 28% in early August versus the July highs, the dynamics are changing once again in the Atlantic basin with the number of capes in and around Brazil over the next 30 days down to 91 (16m dwt). This compares with the current 30m tonnes run-rate of iron ore exports per month.

Cleaves said it was looking at upgrading its capesize spot rate forecasts of $20k per day and $16,000 per day for Q3 and Q4.

Norwegian brokers Fearnleys noted in its most recent weekly report that confidence has regained for the larger bulkers with some trading for as high as $28,000 a day this week.

“General outlook is positive reflected in FFA support and a hectic period ahead for extensive scrubber retrofits and IMO 2020 compliance,” a bullish Fearnleys noted.

People misread the weakness at the start of the year as it was a supply issue. I’d suggest this is Vale trying to sell as much as they can at these prices. We know there are big shipments arriving atm, will be more to follow. Iron ore is going straight to $60. pic.twitter.com/3W2tErkx2j