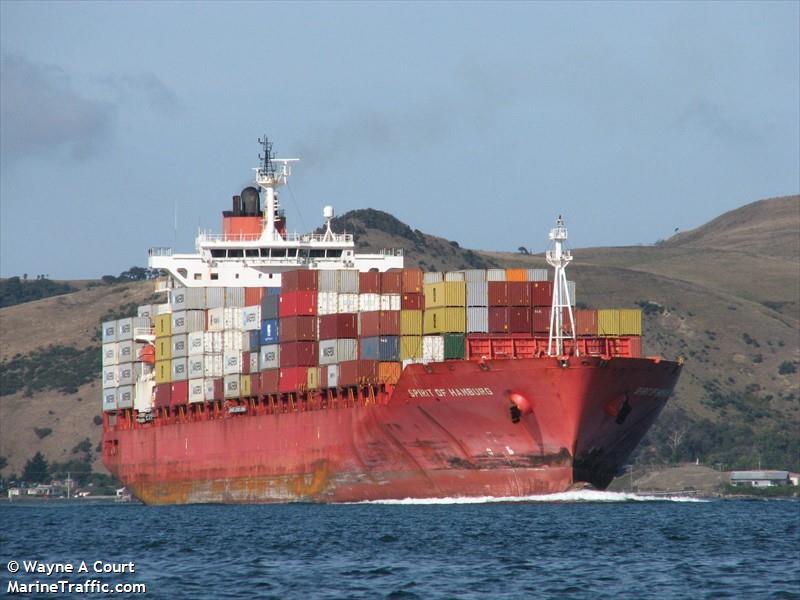 , has been killed at the port of Cartagena.

According to Colombian media reports, the captain was killed in a fight with his crew members however a statement from the manager Zeaborn Ship Management said the perpetrator was an intruder.

Colombian authorities did not provide detailed information of the incident, saying only that the captain was attacked during a fight. The body has been brought to shore to commence forensic examinations.

“The exact circumstances of the violent incident are yet unknown and police have started an official investigation into the events and conducted interviews with the crew of Spirit of Hamburg,” Zeaborn said in a statement.

The 3,630 teu Spirit of Hamburg is owned by Rickmers according to Equasis, and is part of the Hamburg Sud network. It remains anchored at Cartagena.

“Zeaborn Ship Management would like to express its deepest condolences to the family and friends of the seafarer. The next of kin of the crew member have been notified and will be offered full support in this very difficult time. The crew of Spirit of Hamburg will be receiving psychological help following the tragic death of their colleague,” Zeaborn said.