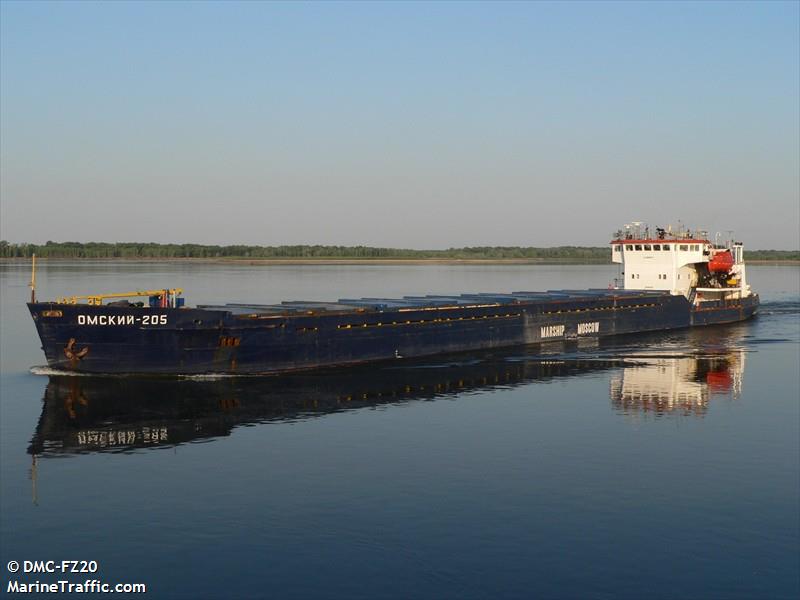 suffered a hull breach in the Black Sea while on its way from Turkey to Rostov, Russia.

Russian media said, citing the country’s maritime authority Rosmorrechflot, that the incident was not due to military action, but that the ship was hit by a strong wave that formed a hole in the area of ​​​​the engine room.

The rescue ship of Rosmorrechflot Spasatel Demidov towed the 1993-built vessel in the Kerch region, some 1.2 miles from the Crimean coast, to pump out the water from the flooded engine room.

The Omskiy 205 has a crew of 12 onboard. No injury or loss of life has been reported.