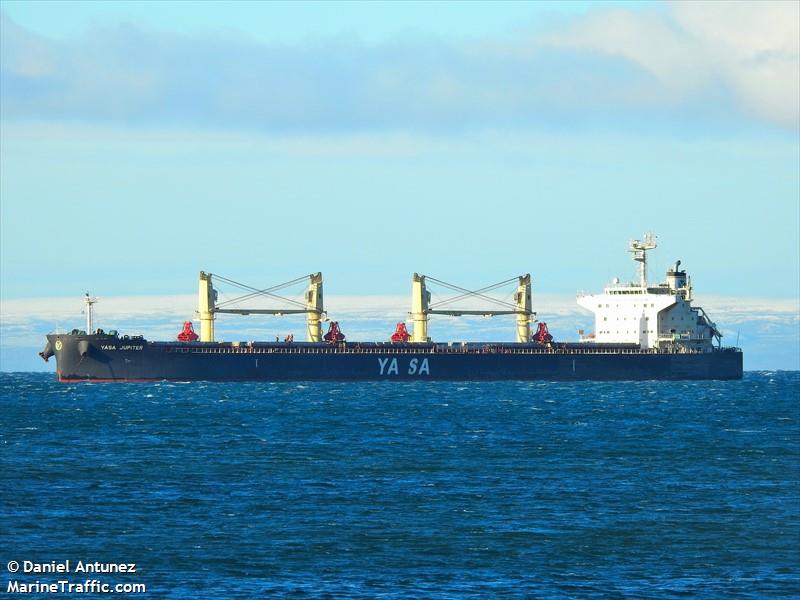 was hit by a missile in the Black Sea off the coast of Ukraine’s Odessa on Thursday, sustaining slight damage and becoming the first confirmed merchant ship casualty of war following Russia’s invasion of Ukraine.

The Marshall Islands-flagged ultramax, owned by the Turkish company Yasa Shipping, was on its way to Romanian territorial waters. The company said one of the hatch covers was hit after the cargo was discharged in the port of Odessa, Ukraine’s largest port. No injury or loss of life has been reported.

A statement by the Turkish General Directorate of Maritime Affairs said: “Following the information that a bomb hit the Turkish-owned Yasa Jupiter with the Marshall Islands flag off the coast of Odessa, which came to AAKKM, it was learned during the meeting that there was no request for help, that the ship was in transit to Romanian territorial waters, that there was no loss of life and that it was safe.”

Russia’s attack on Ukraine has led to the shutdown all ports in the country, while rail transportation has also been suspended by the government. All commercial operations at Ukraine’s seaports have been suspended by order of the Ukrainian military.

Russia earlier suspended commercial shipping in the Azov Sea until further notice but kept Russian ports in the Black Sea open for navigation. Nevertheless, maritime security consultancy Dryad Global advised all commercial operators to avoid any transit or operations within the exclusive economic zones of Ukraine or Russia in the Black Sea.