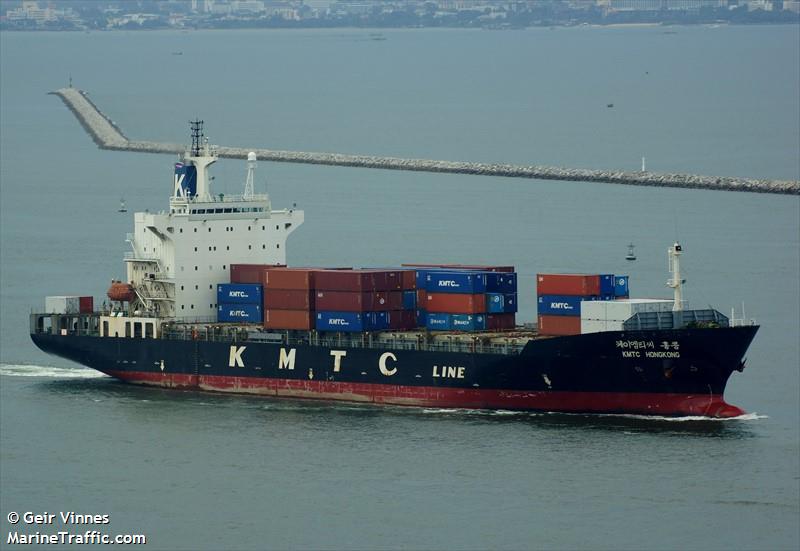 that saw more than 200 people head to hospital.

The 1,585 teu ship, owned by South Korean company KMTC, arrived at Laem Chabang from Hong Kong on May 24.

The fire occurred on Saturday morning and was eventually put out late that night with investigators dispatched to the scene yesterday.

The team found calcium hypochlorite in 13 containers and chlorinated paraffin wax in another five containers. The owners of these shipments had not declared the toxic chemicals to the Thai Customs.

The Pollution Control Department (PCD) said today that the threat from hazardous air pollution caused by the chemical fire had decreased to safe levels. Since the fire occurred, around 200 people, including local residents, have been hospitalised for treatment after they suffered from noxious smoke.

The water used in firefighting has also created contamination concerns. PCD has already coordinated with the Thailand Port Authority to place floating booms around the area to prevent further chemical contamination in the sea.

“Both firefighting officers at the scene, the local people and medical staff treating the injured people did not know what they were really dealing with. This lack of information contributed to improper protection against chemical exposure for the officers at the site, danger to people around the seaport, and made it harder for medical personnel to treat the injured people,” Somnuck Jongmeewasin, an environmental expert, told Thai newspaper The Nation.

“The Thailand Port Authority needs to heighten surveillance of every shipment that passes through its seaports, or else we could suffer from a deadly chemical blast, like what happened in Tianjin port in China, in the future,” Jongmeewasin said.