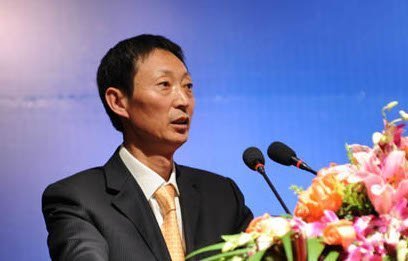 Beijing: China smashed P3, a proposed mega alliance between the top three containerlines, Maersk, MSC and CMA CGM earlier this year, just as it downed Brazilian miner’s plans to deploy giant 400,000 dwt bulkers to China. The common link between these two events, despite the official announcement coming from government ministries, has been the maritime lobbyist-in-chief, the China Shipowners’ Association (CSA). The CSA works very hard behind the scenes to get its members’ viewpoint across well to the government.

Despite assurances from Maersk that everything is in place for a smooth start to its P3 replacement, 2M, a vessel sharing agreement (VSA) with MSC, there must be some concern at the two liners’ European headquarters as the CSA has already given Beijing its concerns about the tie up.

“China didn’t support the establishment of P3, it is hard to say whether the Chinese government will approve 2M or not,” says Zhang Shouguo, the secretary-general of the CSA.

“The cooperation model of 2M is different from P3,” he points out, before adding: “Alliances are necessary for the shipping industry to improve efficiency and services, however competition is needed.”

Maersk and MSC have received approval from US authorities to set up 2M. Some 185 ships will be included in the tie up. The proposal is still waiting for approval from China and the EU.

On the controversial issue of Vale’s giant bulkers calling at Chinese ports, Zhang maintains Beijing has yet to give the official greenlight to allow the vessels to call regularly. This viewpoint comes despite one of the 400,000 dwt so called valemaxes calling at Qingdao earlier this month.

The Shandong Da Ren, one of the four valemaxes chartered to Shandong Shipping, called at Qingdao at the start of October, just the the third valemax Chinese call in six years.

Zhang says that ship called not fully laden. Fully laden valemaxes are still not allowed by the government, Zhang claims.

Ma Zehua, the chairman of Cosco and also chair of the CSA, commented on the Vale ban last week at CSA’s general assembly in remarks published on CSA’s website.

“We continue to pay close attention to Vale’s activities on one hand, reporting the situation and our opinion to the government to resolve the matter, in attempts to win support and appreciation from different sectors of our society,” Ma said, calling for shipowners and cargo owners to work closely together to “realise the win-win goal of developing together”. [24/10/14]