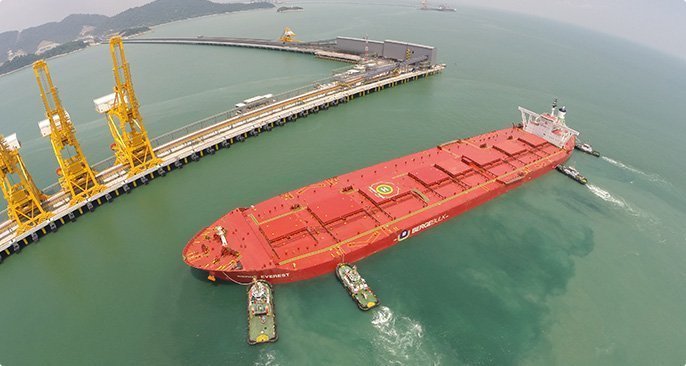 Beijing: The Ministry of Transport has published its latest regulations on coastal terminal berthing capacity, which will come into effect from 1 July this year.

The regulation aims at adjusting domestic coastal terminals structure and solving the problems caused by the fast development of large-sized ships.

The regulation will allow ships of up to 250,000 dwt to call at ports with reduced loads.

Vale had been hoping that Beijing would allow its 400,000 dwt valemaxes to call at the country. Similarly, a number of ports up and down the Chinese coastline that have embarked on giant new terminal construction, will be disappointed by this intransigence from the MoT.  [12/02/14]