In our poll of polls, the final quarterly survey of the decade, more than 1,000 Splash readers have given their verdict on what has been the most important shipping story of the past 10 years.

Beating out important topics such as liner consolidation, green developments, digitalisation and the collapse of Hanjin, it is the rise of China that has been crowned as the most important shipping story of the twenty-tens, a dominant trend that began to really manifest at the start of the millennium. 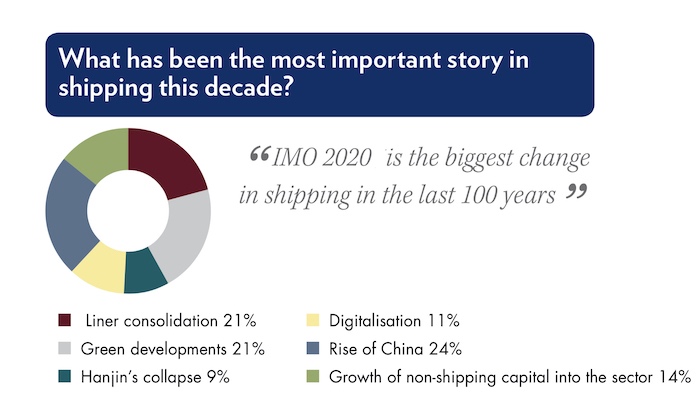 The results of the MarPoll survey are carried in the latest issue of Maritime CEO magazine, which launched today at Marintec China in Shanghai.

Commenting on the verdict, Opinion writer Dagfinn Lunde wrote today: “The China maritime story this decade has been all about expansion, influence and hammering home the foundations laid down earlier. Where others have exited the scene, China has cleaned up.”

Readers commented that China was now both pushing and pulling the shipping markets in ways that were unimaginable 10 years ago.

“China dominates both the need for supply and the world’s demand,” one reader wrote, while another suggested: “China owns the major part of shipping, through their money, leases, bank arrangements, shipyards and state-funded companies.”

Among the comments left by readers there was clear consensus that environmental regulations would likely dominate headlines in the coming decade. 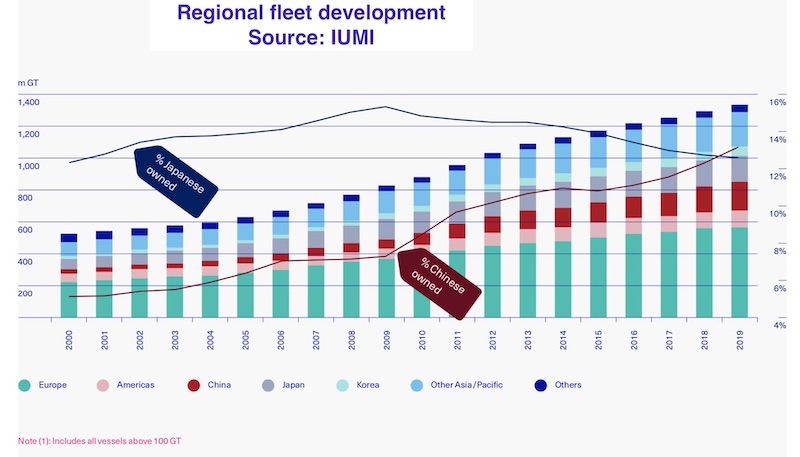