A 19-month old fully laden LNG carrier is expected to resume its voyage to China by the end of this week, having been under tow off Papua New Guinea over the last few days. The CESI Gladstone 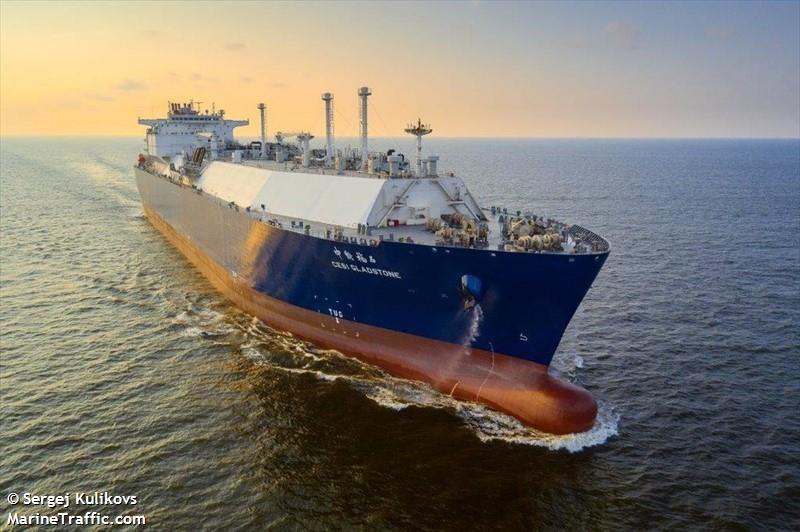 broke down while en route from Gladstone to China.

Luo Shaobin, general manager of China Energy Ship Management, confirmed that the ship is still under repair due to propulsion issues, and it is expected to be back working in the next two to three days.

The ship was delivered from Shanghai’s Hudong-Zhonghua Shipbuilding on October 31, 2016. It was ordered by Cosco and Sinopec and has been on long term charter to transport gas from the Australia Pacific LNG Project. It was the first of a series of six built for the same project, the last of which delivered a month ago.

The CESI Gladstone’s latest position is off the west coast of the Duke of York Islands in Papua New Guinea.

China delivered its first LNG carrier 10 years ago and has since competed with Japan and South Korea for orders of this lucrative, high tech ship type. However, reliability issues have plagued a number of Chinese-built gas carriers compared to those coming out of rival East Asian rival yards. Indeed, the first ever Chinese-built LNG carrier, the Dapeng Sun, also built at Hudong-Zhonghua, had to go in for lengthy repairs in Singapore 14 months after it was delivered.