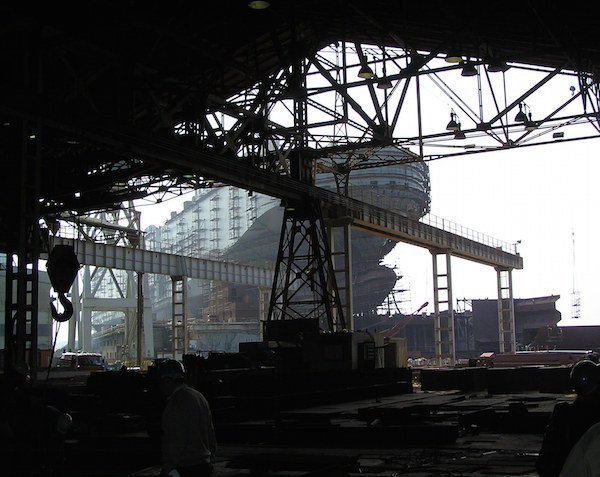 The Chinese could come to the rescue of troubled Uljanik, Croatia’s largest shipbuilding group. A delegation from state-backed China Shipbuilding Industry Corporation (CSIC), including CEO Hu Wenming, met with Uljanik management yesterday to discuss the future of the group’s two yards, which have been plunged into financial uncertainty in recent years.

CSIC is not the only interested party to have held discussions with Uljanik. Last November it emerged that both Fincantieri and Brodosplit had submitted to the Croatian government their interest in taking over Uljanik together with 3 Maj, yards that have seen productivity decline amid strikes and cancelled orders.

The Croatian government has in recent weeks suggested it is not keen to keep pumping money into Uljanik, claiming it has already spent nearly $5bn since 1992 keeping the shipbuilder afloat.

The Chinese coming in as white knights to save ailing yards around the world is a recent phenomenon. Chinese delegations have been in the Philippines earlier this year checking out the giant facilities of the bust Subic Bay yard belonging to Hanjin Heavy Industries & Construction. Creditors and the Philippine government are looking at bids for Hanjin Subic from many different parties around the world.