Japanese classification society ClassNK has warned in a technical note to clients of a number of incidents of sea water leaks from scrubber kits due to corrosion around certain welded parts of the exhaust gas cleaning kits.

ClassNK said it had received several reports of leaks and is concerned heavy water ingress into a ship’s engine room could cause a serious accident. The Tokyo organisation provided images of some of the corrosion issues it had detected (see below).

Last September, thousands of Splash readers watched a 50-second video (see below) showing hundreds of gallons of water pouring into the engine room of an unspecified vessel, likely the result of a corrosion issue with a scrubber.

At a Maritime CEO Forum from 2018, Bjørn Højgaard, CEO of shipmanagement giant Anglo-Eastern, warned that scrubbers are sensitive pieces of equipment sitting in the hostile, hot and acidy environment of a ship’s funnel.

Norwegian P&I club Gard stated in a note to clients last October that it has seen a few incidents where within 10-15 months of an open-loop scrubber being installed, corrosion of an overboard distance piece or in its immediate vicinity has resulted in water ingress into areas such as the engine room, ballast tanks and cargo holds.

“It is imperative that the structural integrity of the scrubber and associated pipework is constantly checked for signs of leakage or corrosion,” MPA stated, adding: “Aside from the video, there are also reports of scrubber corrosion repairs being required less than six months after installation. In view of the acidic nature of the scrubber washwater, correct material selection for the scrubber body, pipework, components and accessories, together with good installation workmanship are critical to avoid subsequent safety issues.” 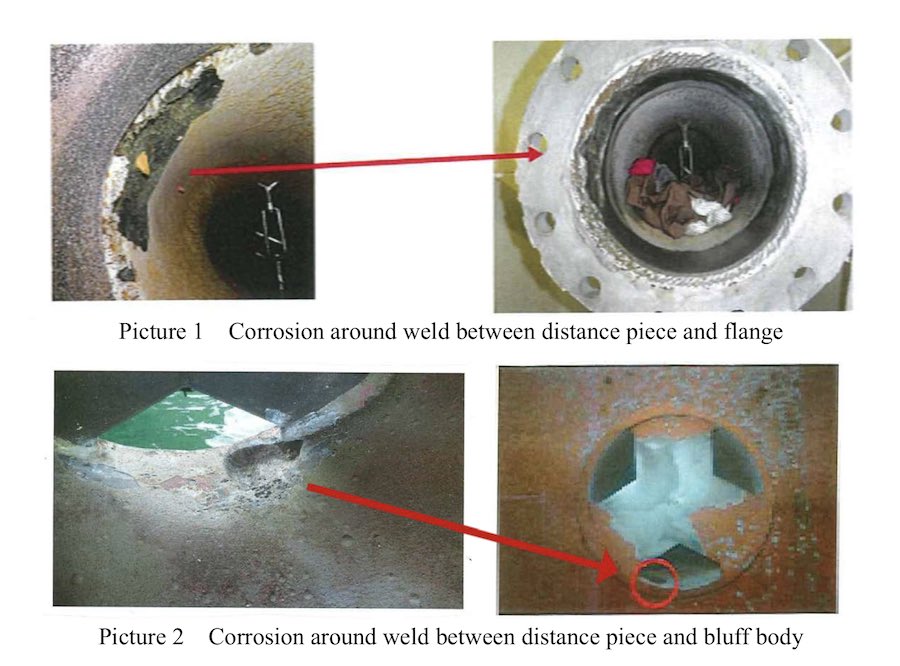