After one of the more contentious environmental gatherings held at the International Maritime Organization (IMO) last week concern is growing that shipping will fail to find consensus on CO2 cuts when the Marine Environment Protection Committee (MEPC) meets in April next year.

There are now 24 weeks until IMO member states sit down to try and thrash out a coherent series of greenhouse gas reduction policies. While the industry’s main international shipowning bodies, the International Chamber of Shipping (ICS), BIMCO, INTERCARGO and INTERTANKO professed they were “broadly satisfied” with progress made at last week’s climate talks held at the IMO, others attending the debate believe consensus will be very hard to achieve.

“The industry associations remain confident that IMO Member States will finalise a comprehensive CO2 reduction strategy for international shipping, at the next meeting of the IMO Marine Environment Protection Committee in April 2018 that will fully match the ambition of the Paris Agreement on climate change,” the four associations said in a joint release issued on Friday.

Others attending the talks left disappointed however suggesting very little actual progress had been made to bridge the significant divisions among member states, lobbying groups and NGOs.

Participants contacted by Splash hit out at how much time was lost last week with unnecessary procedural discussions.

“It will be nearly impossible to reach a deal in April next year,” one attendee told Splash, a view backed up by a number of others attending the talks last week.

A graph carried by Splash last week showed emission cutting proposals from ICS, and more aggressive cuts proposed by Japan, and also a host of European nations. The most severe cuts have been proposed by a clutch of Pacific islands, led by the Marshall Islands whose ambitious call demands zero emissions by 2035. 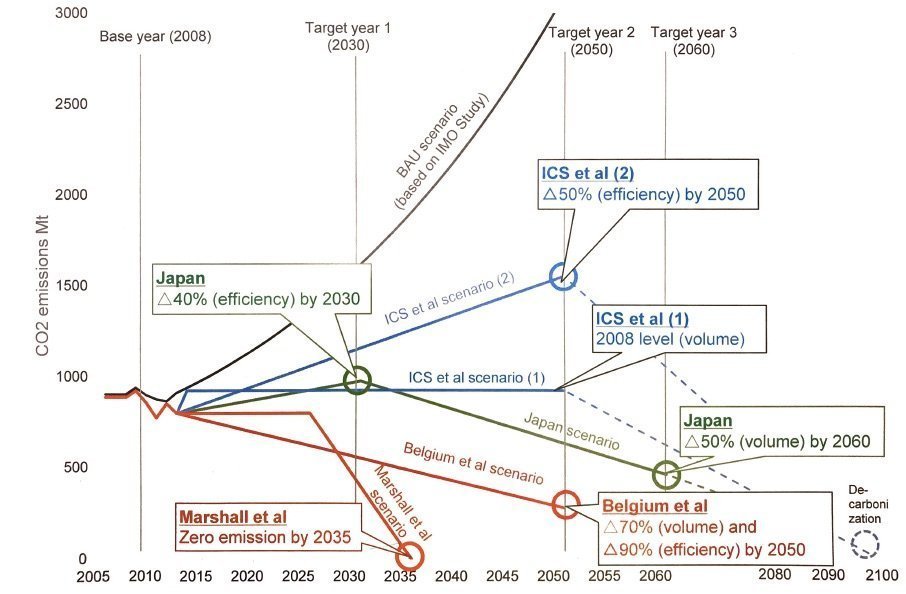