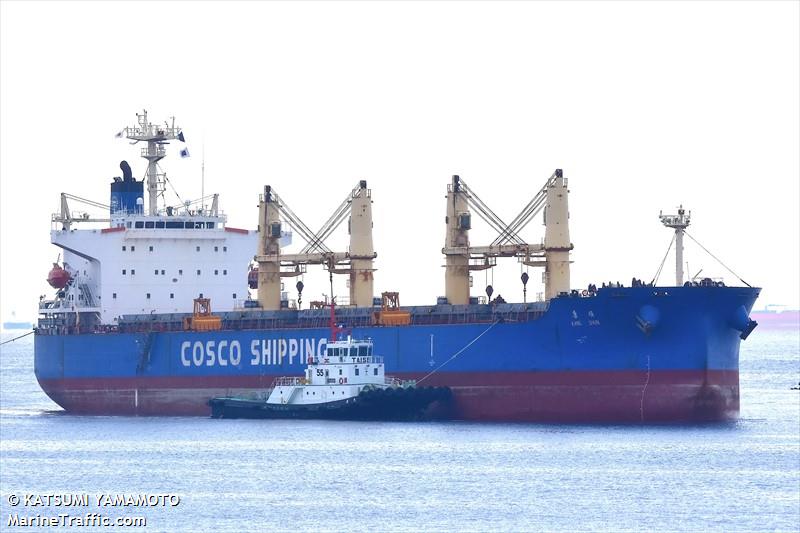 , had its hull breached during entry into Boshnyakovo Anchorage, western Sakhalin Island coast, causing it to spill oil into the sea.

A collision with a bunker barge caused a breach in one of the ship’s fuel tanks and close to one tonne of fuel oil leaked into the sea, according to the statement by the regional branch of the Russian Ministry of Emergencies (EMERCOM).

A response team was deployed to treat the oil spill and no injuries were reported on the 55,600 dwt supramax, which at the time of the accident had some 12,000 tons of coal on board.

The incident took place on May 21. As of this afternoon local time, the ship has yet to depart.