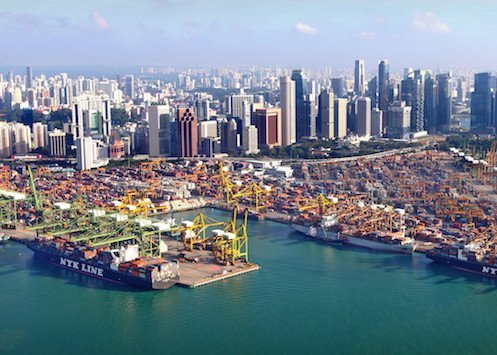 Hanne Johansson, head of global sales at NASDAQ Commodities, writes exclusively for Splash on how the latest EC directive on markets in financial instruments (MiFID 2) will affect shipping

In September, the European Securities and Markets Authority (ESMA) is set to publish the final technical standards for MiFID II following an earlier period of consultation. The international shipping industry awaits the date with trepidation.

The problem is that while MiFID I’s “ancillary activity exemption” will remain, it will do so in a substantially rewritten and far more restrictive form. In the most basic sense, this exemption is designed to spare trading activity where such activity is “ancillary” to the primary business model of the business in question (e.g. a shipping company using derivatives to hedge against business risk, rather than a commodities trading firm looking to create returns for clients). Under current proposals, the proportion of activity ancillary to the main business will be assessed via two tests (capital employed and trading activity). Yet the thresholds for these tests currently proposed by ESMA are generally regarded to be far too low by the shipping industry.

Another problem here is that as the regulation is currently drafted, freight is in a separate trading category from other commodities such as metals and oil: the catch-all category of “other derivatives”. The issue here is that hedges can be excluded from the calculation of ancillary activity, but only within a single commodity class. Yet this is at odds with commercial reality of freight where companies often hedge one commodity class against another. The classification of freight in this way will make it very difficult for shipping firms to exclude freight hedges; many have argued that it would make far more sense for each commodity class to include freight hedges in respect of that commodity.

The upshot of all this technical detail is that thresholds are likely to catch virtually any shipping company that performs hedging, regardless of the size of their operations, including that said companies will be caught under the legislation’s newly introduced ‘position limits’ – mandatory legal restrictions on the scale of trading in commodity derivatives both on-exchange and over-the-counter (OTC).

The potential impact: a move eastward?
This would be an unwelcome development for the industry at the best of times, but these are far from the best of times. The freight market is currently depressed, with few opportunities and prices down at mid-80s levels. Freight is an optimistic industry by nature, and previously buoyant markets eventually led to oversupply. We are now in the ‘hangover’ phase, with many companies scrapping vessels to rebalance the market. There is a widespread expectation that the market will not truly rebound for another couple of years.

But the industry itself is not the only one that should be worried. If shipping is caught under MiFID II’s provisions then Europe itself may lose out as a trading venue. There has for some time been a trend of firms moving their trading operations to Singapore. There are a lot of macro-economic factors in favour of such a migration: the region has tremendous growth prospects and it is the beating heart of the global freight trade given that China is by far the world’s largest importer. Companies want to trade where the action is – and it’s why we at Nasdaq are looking to spread East, in anticipation of the market.

However the level of migration expected a couple of years ago has yet to materialise. And despite the region’s high share of the global freight physical market, it has a disproportionately low share of global freight derivatives trading (around 20 per cent according to brokers). There is enormous growth potential here. It’s unclear precisely why the shift has not yet taken place (cultural, historical, and inertial factors have no doubt played their part – no-one likes change when it can be avoided, and the shipping market has historically been very centered on London) but it is bound to come sooner or later. Unfavorable MiFID II standards in Europe could finally be the straw that breaks the camel’s back, catalysing a significant shift Eastward, where regulatory controls are far less onerous today.

None of this is to say that Singapore or Asia more widely represents some permanent ‘safe haven’. These issues may end up coming to a head regardless of the verdict. Even if the technical standards are more favourable than expected, the discussion around MiFID II is symptomatic of the general trends towards greater regulation of these markets, both in Europe and beyond. Sooner or later, Asian authorities themselves will adapt (albeit perhaps in a slower fashion that Europe, given the lack of unified political and economic structures). In the meantime, however, Europe runs the risk of going too far, too fast, and missing out.

Hanne Bævre Johansson is head of global sales for Nasdaq Commodities and is responsible for the freight offering.