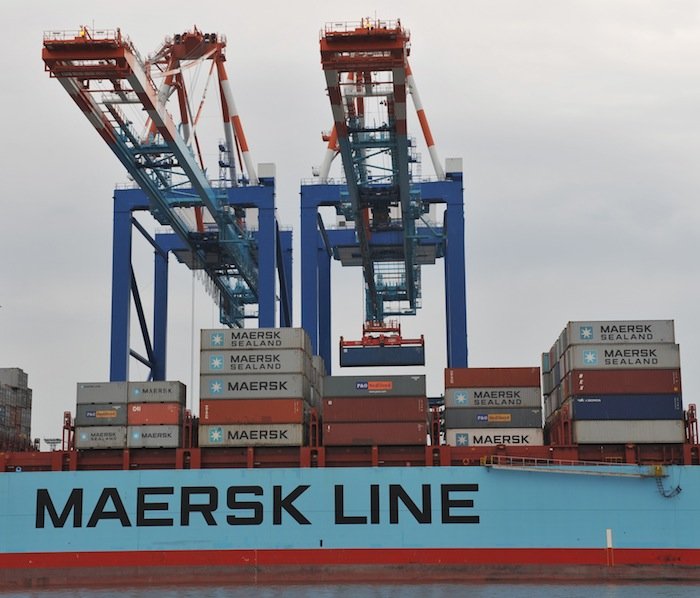 Bremerhaven: The operator of a quay crane died overnight when the boom of the crane he was operating broke and smashed onto a vessel being loaded 50 m below.

The boom and the cabin with the crane operator crashed into the hold of the Maersk Karachi (built 1998) causing some damage on the 6,674 teu ship. No one else was injured in the accident. It took authorities a number of hours to find the dead man through the wreckage of the crane. The ship will need some repairs before it can depart the German port.

No reason has been given for the accident so far. It took place at a terminal operated by APM Terminals. Some ship arrivals have been delayed as a result of the tragic incident.

In mid-February the same line and same terminal were involved in another accident. The 8,700 teu Maersk Laberinto hit the berthed Maersk Missouri as well as three quay cranes in Bremerhaven two months ago resulting in significant damage to the cranes.