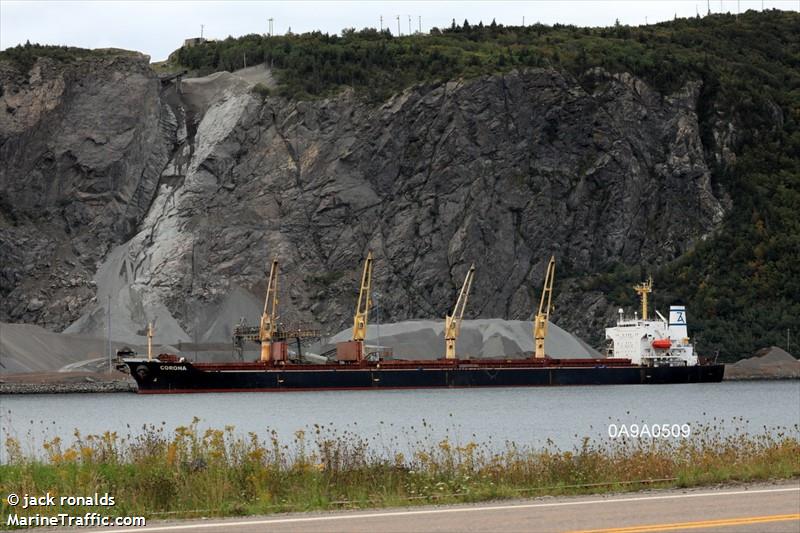 , owned by AM Nomikos, has departed Cape Town with a safe and healthy crew, a spokesperson for the shipowner has told Splash.

The ship made global headlines yesterday when it was reported that one crewmember had become ill with Covid-19, while another crewmember was reportedly in self-quarantine.

“At no time did these individuals exhibit any symptoms. Testing was completed only as a precaution as they had been on a commercial flight with someone who later tested positive for Covid19,” a spokesperson for the company said. The two crew have since returned home.

Captain Dennis Mqadi, executive manager for safety, health, environmental and regulatory oversight at Transnet National Ports Authority, said: “These precautions and testing were set in motion after a crew member from the MV Corona bulk vessel fell ill with typical Covid-19 symptoms following the vessel’s departure from the port on 11 March.”