was close to being a real catastrophe. But the experienced pilot reacted immediately, when the navigation system failed and prevented the worst from happening. The ship grounded hard on the soft banks of the river.

After initial attempts to pull the ship off the banks had failed, the Central Command for Maritime Emergencies (CCME), which took over the control of the salvage operations together with renowned salvage experts, decided to lighter the vessel as much as possible and commence a dredging operation around the giant ship. Eventually a winter storm and a spring tide in combination with 12 tugs of an aggregated 1,085 tons of bollard pull were needed to refloat the vessel safely.

Everything went extremely well and the situation was certainly handled in a very professional manner, with very little interruption of the regular business and without any oil pollution. No doubt, the Port of Hamburg has proven that it is very well prepared to handle such emergencies.

Regardless, however, this is a wake-up call for the entire maritime industry. The ships are getting bigger and the ports are struggling worldwide to cope with the issues created by the ultra large container vessels (ULCVs).

Which ports along the trade route are capable of pulling a 180,000 dwt vessel off the banks, once stranded? How do you discharge the containers when there is no crane big enough to reach out to the top tiers? How do you place a jack-up platform on the soft grounds of a muddy river? What do you do, if a river or a port entrance is blocked by one of those 400 m long vessels? Who pays for the costs of the ships, which are trapped and those which have to deviate?

I could go on with a long list of questions. All of the important questions have to be discussed and answers must be given in order to be best prepared for emergencies and protect the safety of the people, the environment and the port. There are physical limits to the size of ships and at the same time, there are port limitations, which must be considered.

CSCL is one of the most valuable customers of the port of Hamburg. Losing this carrier because of physical limitations of the port would be a severe financial and economical setback for the entire region. Hamburg is a hub port and a significant number of the containers discharged in Hamburg are transhipped to their final destinations.

The ULCVs are the preferred size in the Far East-Europe trade and until someone proves otherwise, they are here to stay. Therefore, we have to make sure that the coastal trade lanes and the river ports are always safe for these new giants of world trade. 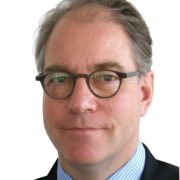 Tobias is the managing partner of Lexington Maritime, focusing on market deficiencies and opportunities in the maritime industry. He was previously the founder and majority shareholder of Koenig & Cie, an investment firm with more than $6bn on its books. He sold the firm to private equity investors and now works in Hamburg and New York.