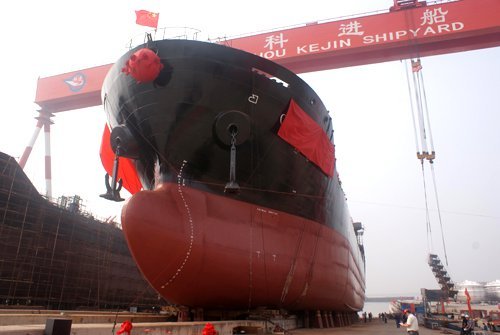 CSSC Offshore & Marine Engineering (COME) has announced that it has signed an agreement with sister firm CSSC Chengxi Shipyard to lease out its Yangzhou shipyard to the latter through to the end of 2016.

COME, formerly Guangzhou Shipyard International, completed a restructuring in April this year which including the acquisition of Yangzhou Kejin Shipyard.

The company said it planned to transfer its handysize tanker construction capacity to its Yangzhou shipyard, however, it has now cancelled that plan and decided to lease out the shipyard amid a slump in orders.