Italian Shipowner d’Amico Dry has announced an addition to its fleet with the acquisition of a 2017-built Oshima post-panamax bulker.

The company did not identify the vessel acquired, which will be renamed Medi Amalfi. The 88,000 dwt vessel is a sister ship of d’Amico’s Medi Serapo and Medi Ginevra, and is likely Cobelfret’s Lowlands Light 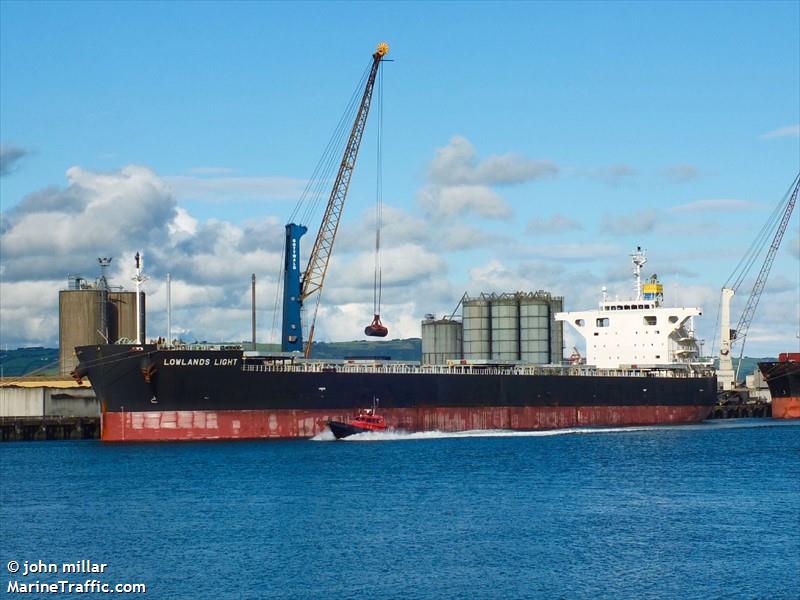 which was reported sold by brokers late December for $32.8m. VesselsValue esimates the ship’s current market value at $34.83m.

D’Amico also announced that is has completed the sale of the 2015-built Chinese handysize bulker Cielo di Virgin Gorda. The vessel was sold to Germany’s Oldendorff for $22.75m according to VesselsValue.

Cesare d’Amico, CEO of d’Amico Dry, commented: “Medi Amalfi, the sister ship of Medi Serapo and Medi Ginevra, was built in Japan, whose shipyards have always been at the forefront from a technological and engineering point of view, and where d’Amico has had a large part of its next-generation vessels built. This transaction further confirms our leadership position among the youngest and most innovative fleets and our commitment to seeking an even higher level of safety, environmental responsibility, and performance. 2021 was a very positive year for the dry bulk market, allowing us to face 2022 with great optimism and ready to seize new opportunities.

“We strongly believe in the post-panamax design and in recent years our main charterers have also appreciated its increased load capacity and exceptional draught characteristics. We expect this design to become the most prevalent in the years to come. Moreover, in recent years, the limited number of orders for new dry bulk ships demonstrates the preference of various shipowners for post-panamax vessels rather than kamsarmax, which is also our opinion.”

D’Amico Dry currents operates a fleet of about 50 ships, of which 20 are owned.