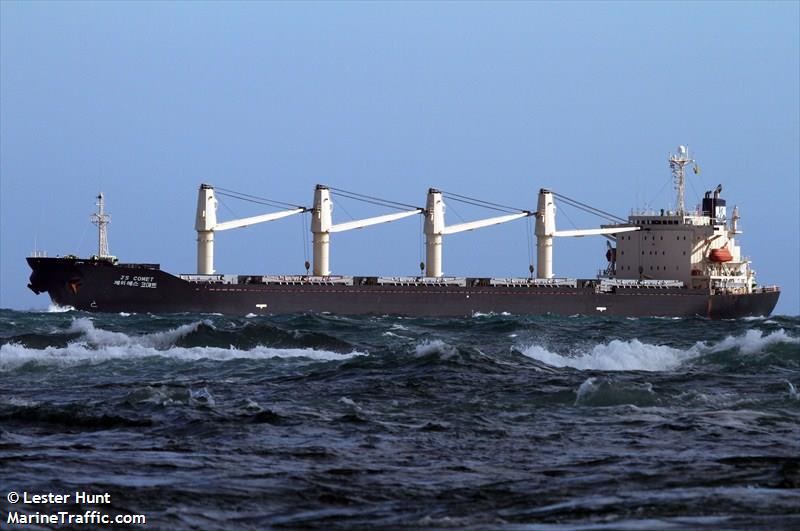 , a bulk carrier involved in a collision five weeks ago, now lying off the coast of the British territory.

The ship has come to rest on the seabed some 700 metres from the shore, and is almost broken in two. Most fuel has been taken off the ship, while its cargoes of steel bars will need to be offloaded as the wreckage removal gets underway.

The ship came into contact with LNG carrier Adam LNG while manoeuvring to exit the port of Gibraltar on August 29. The aft of the ship grounded, and a gash opened up on the starboard of the hull and in the following weeks the ship lost its structural integrity. The ship’s hull is broken, although not completely split in two.

The Syrian master of the ship, Abdelabari Kaddura, 53, was charged last month on charges of conduct endangering ships.