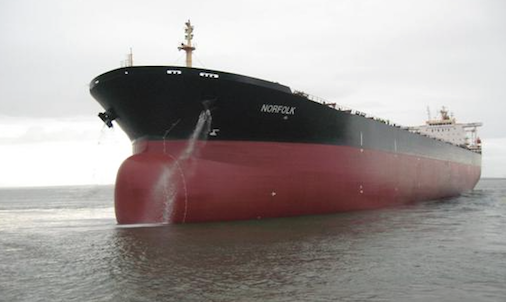 Diana Shipping is in trouble and has engaged financial advisors and has entered into negotiations with certain of its lenders to amend its outstanding loan facilities.

The company has reached an agreement in principle with certain lenders, including its largest lender, for terms that include, among other provisions, the deferral of amortization payments and amending financial covenants.

This agreement in principle is subject to the company reaching similar deferral and covenant terms with its other lenders.  In support of its negotiations with lenders, the company is currently deferring certain amortization payments under its credit facilities.

Diana added in a release that while the company is in ongoing negotiations with its lenders, it has not obtained formal waivers from any lender regarding payment deferrals or amendments to financial covenants.