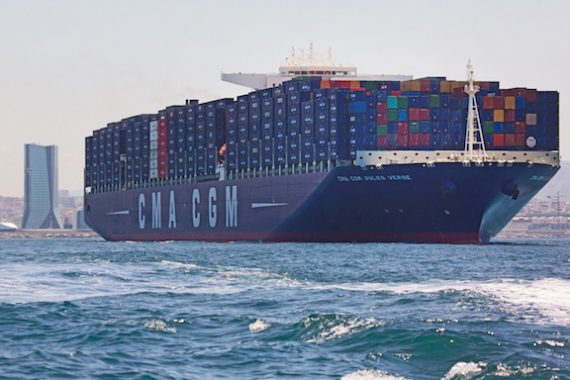 With nine major containerlines onboard, DCSA is looking to promote digital standardisation in the container shipping sector.

DCSA was officially launched in Amsterdam in April after gaining regulatory approval from the US Federal Maritime Commission.

“We are thrilled to have additional members joining the DCSA on our journey to drive standardisation and interoperability in the industry, with CMA CGM joining as a founding member. It is critical for our success that the standards developed will be implemented, and the commitment and engagement of many container shipping lines is therefore crucial,” said Thomas Bagge, CEO of DCSA.

DCSA has appointed Henning Scheleyerbach, senior director of customer relationship management at Hapag Lloyd, as COO as of July.

Commenting on the additions of more big liner names to the association, Splash columnist Kris Kosmala said today: “I am relieved seeing CMA CGM join the DCSA as a founding member, as well several other carriers coming onboard of the initiative. As the group grows, it will be very important that the members show discipline in achieving stated objectives in the shortest time possible. At the same time, I would like all members of DCSA to remember that establishing standards for the shipping data should aim to benefit the managers and planners of the end-to-end supply chains, of which the maritime portion is only one aspect. That’s where the real impact of DCSA initiative will be felt. The impact will be lesser, if DCSA leads only to standardisation of data important only to the carriers themselves.”