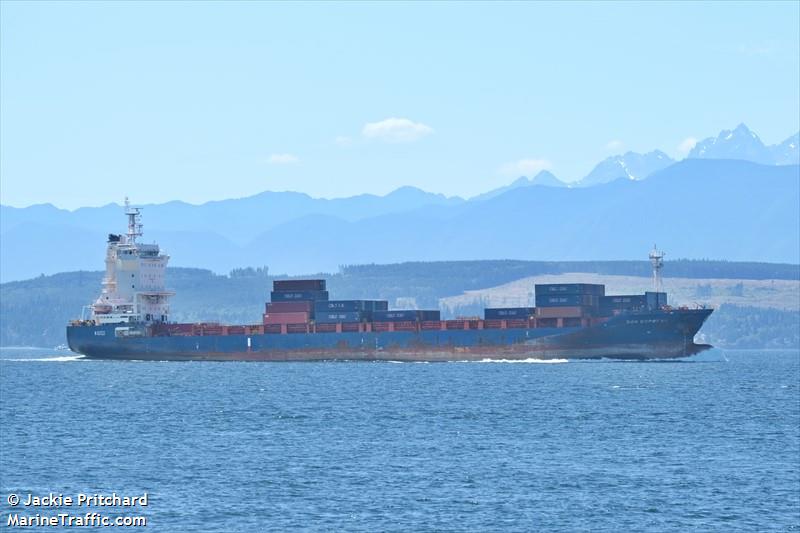 , which lost power on April 8 off  the coast of Point Reyes, California, has been towed to the San Francisco Bay, where it is waiting at anchor. After rough weather for a couple of days, conditions improved on Sunday to allow one of the tugs on site to pass tow lines to the ship’s crew. Four tugs then guided the ship to its anchorage location in the bay.

The US Coast Guard has ordered the ship to remain at anchor until its engines have been fixed and the ship has been inspected.

There have been no reports of injuries or pollution from the incident.