To Esben Poulsson’s storied career another title can be added: published author.

Somehow shipping’s busiest man has found the time to pen his autobiography, A life in shipping, all proceeds of which are going to the Mission to Seafarers.

The 70-year-old chairman of the International Chamber of Shipping (ICS) and Enesel Pte tells Maritime CEO the inspiration for writing the book came from his children who badgered him to do it. Poulsson had a host of diaries to help him chart through his life, much of which has been spent in Asia.

When not at a shipping function – a rarity for this man – the Dane would spend a few hours each evening at his home in Singapore writing and often entire weekends getting his thoughts down on paper. A significant chunk of the book was also bashed out when Poulsson took an Enesel boxship from Singapore to Hong Kong.

Shipping memoirs are few and far between – and are especially thin on the ground when it comes to Asia, a region Poulsson has called home since he touched down in Hong Kong in 1971.

The book, which describes Asia’s rise in shipping as much as Poulsson’s own journey, contains a foreword by Chris Buttery, the legendary founder of Pacific Basin.

What took the longest time in completing the book, Poulsson says, was fact checking.

Among amusing anecdotes contained in the autobiography is Poulsson’s voyage back in the 1960s with Columbus Line, a part of Hamburg Sud, where he joined a 9,000 dwt general cargo ship in Vancouver and went down the American west coast before crossing the Pacific to Tahiti and onto Australia.

“Those were the days when ships were in port for 10 days, the crew was 45 strong, and breakbulk was in slings,” Poulsson tells Maritime CEO. “It was quite an adventure. Half-way across the Pacific I helped the carpenter nail together a huge wooden table to listen on a crackly radio to the football World Cup final, where the German crew were aghast when they lost to England for once.”

Poulsson might have turned 70 this year, but he shows little sign of slowing down. His adopted home, Singapore, awarded him the Public Service Star at the 2019 National Day Awards earlier this month.

“I have read every book about and by Lee Kuan Yew,” Poulsson says of Singapore’s founder. “His advice: retiring is hazardous to health. You have to keep an active mind and body.” 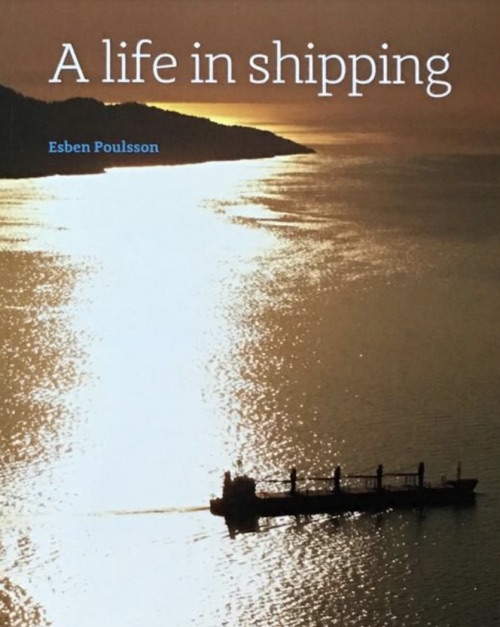