Belgian tanker giant Euronav has detailed its ultra large IMO 2020 sulphur cap plans today, and, under new management, gave a hint that this erstwhile vocal opponent of scrubbers may still buy into the controversial technology. 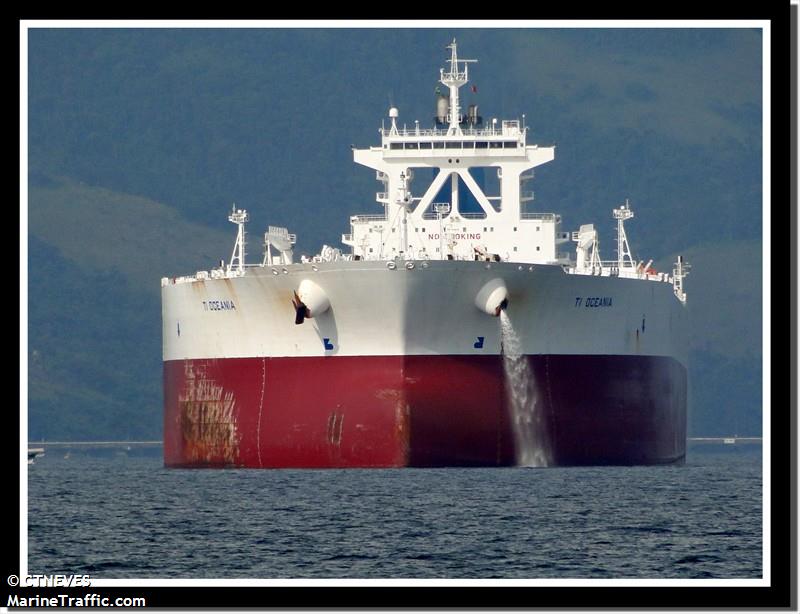 , is currently off South Africa scheduled to reach Sungai Linggi, a Malaysian energy transhipment hub, by the end of the month.

The 441,885 dwt ship – one of just two ULCCs left in the world, both owned by Euronav – left Malta last month where it had been stocking up on IMO 2020 compliant low sulphur fuel for five months.

Euronav’s canny, early preparation for IMO 2020 resulted in it securing the new fuel for far less than current prices.

Hugo De Stoop, CEO of Euronav, detailed today how the company has purchased the equivalent of 420,000 metric tons of compliant fuel and marine gasoil to provide a substantial coverage of its fuel requirements during the initial period of the sulphur cap regulation, which is now bound for Malaysia near one of the key crossroads of the international tanker trades. The purchase value of very low sulphur fuel oil (VLSFO) was concluded at $447 per metric ton compared to a high sulphur fuel oil (HSFO) bunker price of $400 per metric ton over the same procurement period.

De Stoop took over from Paddy Rodgers earlier this year. Rodgers had been one of the loudest critics of scrubbers. Under new management, however, there appears to be a change in view on the technology and that coming late to the scrubber party could actually prove to be an economic advantage.

In a release today, the company stated: “Euronav believes that it can still fully capture the potential benefits of an investment in scrubbers after the start of the regulation. At that time, the derivatives market of LSFO should have developed in size and in volume which allow Euronav to fully lock in the benefits of the spread at the time of making the investment. This should even provide Euronav with a ‘second mover advantage’ in learning the flaws of the first round of installations and take a decision based on facts without having to speculate.”

Other well-known critics of scrubbers have also relented in recent months. Mats Berglund-led Pacific Basin recently detailed how the company is installing the systems on its supramax fleet.