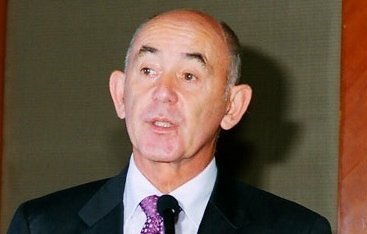 The deal would add around 100 ships to the Anglo-Eastern fleet, putting it close to the top of the global shipmanagement rankings.
Describing it as “the largest ever merger of independent, third party ship management companies,” Anglo-Eastern said in a release provided early to Splash the merger would create “significant scale advantages”.

Univan was founded by the late Capt Charles Vanderperre, the self-styled father of shipmanagement. Vanderperre, after a stint with Wallem Shipmanagement in early 1970s, founded Univan in 1973.

When he died at the age of 87 in 2009, his wife decided to continue to run the Univan brand, installing well-known Hong Kong shipping personality Richard Hext at the helm who then poached shipmanagement veteran Bjorn Hojgaard from Singapore’s Thome to take the ceo role.

Anglo-Eastern, founded in 1974 and led by Peter Cremers (pictured), is no stranger to mergers, having taken over Denholm Ship Management in 2001.

The newly merged business will be led by Peter Cremers as executive chairman with Bjorn Hojgaard as chief executive.

“Today, the newly merged Anglo-Eastern Univan group, backed by long term shareholders in the ship management industry, has recommitted itself to serving its shipowner clients through its commitment to safety both at sea and ashore and to maintaining and improving its operating standards,” the merged group said in the release.

Comment: Is this the start of consolidation in the shipmanagement sector?