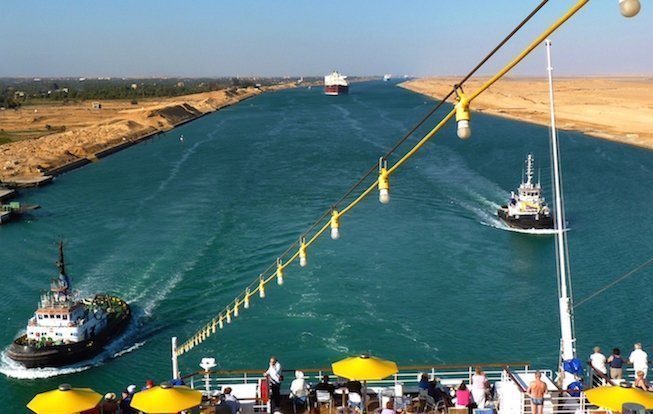 Athens: Trial operations will begin on the new Suez Canal expansion project this Saturday, before the new channel is officially inaugurated on August 6.

During the trials, ships of unspecified different sizes will transit the new 72-km-long channel, which will allow convoys to head in both directions of the waterway for the first time.

Workers have dredged 250m square meters of earth for the new route. Some 70m square meters have been dug for the expansion of the Ballah Bypass, on the western edge of the canal.

Earlier this month, Egyptian authorities arrested 13 members of the Muslim Brotherhood, including an employee of the Suez Canal Authority, on suspicion of planting bombs around the canal.