A fire erupted onboard the 4,900 ceu car carrier Hoegh Xiamen 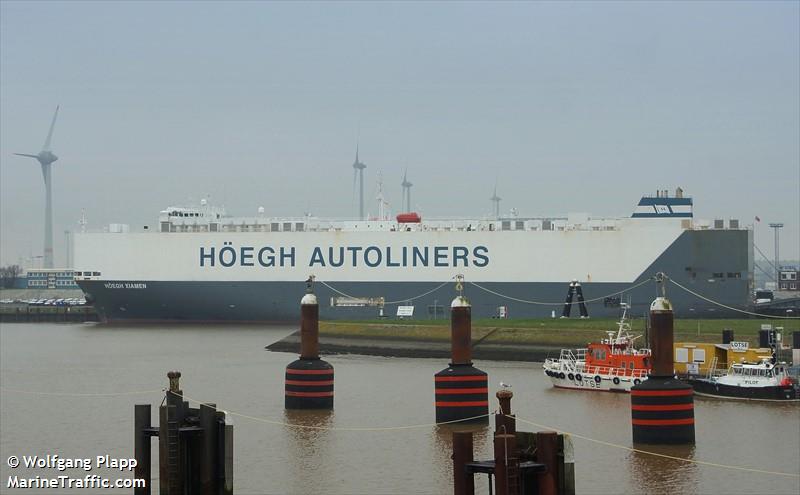 at Port of Jacksonville on Thursday. According to the Jacksonville Fire and Rescue Department (JFRD), the fire broke out on the vehicle’s seventh deck and spread to multiple levels. All 21 crew onboard were evacuated from the ship safely.

The vessel is loaded with used cars to be transported from Jacksonville.

During firefighting operations, an explosion onboard the ship injured eight firefighters who were transported to the local hospital. Four of them are being treated for burns and minor injuries while the other four are in serious condition with one in surgery and another in intensive care.

A tweet by JFRD today said the firefighting operations are likely to take days not hours.

The cause of the fire is under investigation.

Jacksonville is one of the busiest ports for vehicle handling in the US, handling more than 696,500 vehicles last year.