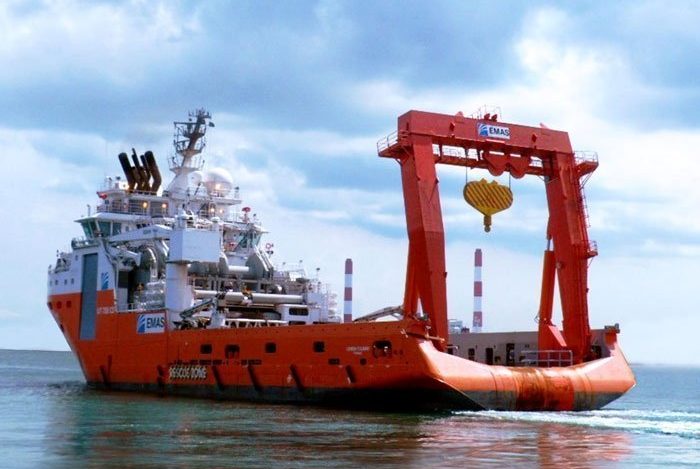 Julie O’Connor has long campaigned for greater transparency among Singapore-listed entities. With Ezra Holdings filing for Chapter 11, she looks at what needs to be done to make investors feel more secure in the Lion Republic.

I was recently asked, following Ezra Holdings filing for Chapter 11 in the US, should the Singapore government and authorities consider making any changes? In contemplating my response, the Latin phrase, “Quis custodiet ipos custodies” came to mind, with one translation being, “Who watches the Watchman”.

Within Ezra and its subsidiaries there were and are Audit Committees (ACs) and legal counsel, its banks have similar bodies, then there are the various Singapore authorities and ultimately the government, all ‘watchmen’ of sorts. With so many watchmen, did something go wrong? Were there no warning signs of Ezra’s impending demise?

Many are aware that I’ve been raising matters of concern since mid-2013 over what I believe are corporate governance failings within the C-suite of Ezra Holdings, Triyards Holdings and some Singapore financial institutions. Given the nature of the matters of concern repeatedly raised, have the watchmen failed in their duties?

Had my concerns been treated with the seriousness they deserved in 2013, would this have led to a changing of the guard and prevented Ezra Holdings filing for Chapter 11 in March 2017? Unfortunately, without a time-machine, a crystal ball or perhaps a full independent transparent investigation, we will never know.

To many, when Ezra Holdings filed for Chapter 11 on Sunday March 19 this year, there was no big surprise. The setting up of the new subsidiary in New York was perhaps an indication of things to come, as could be read in many social media posts. When finally announced, you could almost hear a sigh of relief, no more trade, demand, halt, trade, demand halt, trade, demand, halt. I’m sure it was an agonising time for investors, creditors, bondholders, employees and others who will no doubt suffer financially from the fallout. Why didn’t the SGX watchman and financial institutions step in earlier, considering I and others had raised concerns?

In 2014 claims were made by other parties that influence was exerted over financial institutions by a member of the C-Suite of Ezra Holdings in relation to the Triyards Holdings acquisition of the Strategic Marine assets. The same financial institutions could be seen to be exerting pressure over Strategic Marine with the use of letters and the purported freezing of banking facilities. This would lead to Strategic Marine selling its major assets to Triyards Holdings. I have repeatedly raised concerns over the authenticity of DBS banks letters, a potential conflict of interest on the part of DBS bank and OCBC and influence purportedly exerted.

The watchmen of any company should be encouraging individuals to report any suspicion of wrongdoing to them. Yet, I have repeatedly felt I have been discouraged at every turn, by almost every watchman I have corresponded with in Singapore.

· Why, when I asked for the contact details of the AC chairperson, was I requested to submit my concerns to the CEO, when the involvement of the CEO formed part of my concerns? Where was the independency of the AC?

· Why did I need to prove my identity with an NRIC or passport number before the AC could even consider the concerns which I raised? Where is the anonymity to encourage reports of wrongdoing?

· Why was the group legal counsel copied in on all my correspondence, when I specifically advised the AC chairpersons that he was mentioned in the matters of concern which I was raising? Where was the independency of the AC?

· Would you find it odd if I told you, that when I submitted online my concerns to a regulatory body, they disappeared due to a system upgrade?

· Would you find it odd that a bank executive had a lapse of memory forgetting that I had sent him copies of the bank letters, when he had informed me on two occasions that they were being investigated?

· Would you find it odd, if in the 12-months following my lodgement of concerns with the AC Chairpersons, both AC chairpersons stood down, the EZRA chairman and many fellow board members?

· Should alarm bells have rung, when in addition to the many changes on the boards, the CFO and company secretary resigned?

· Why did it take six months for the replacement AC chairpersons to ascertain from group legal counsel, that an investigation into my concerns had been completed by their predecessors and the matter was closed?

· It wasn’t my responsibility to read the audit committee handbook and advise what was within the purview of the AC, after all the watchman should know what his role is.

· My submission of concerns should have been allowed to be anonymous, if I had requested that.

· Both current and the previous AC, should have considered the independence and objectivity of the group legal counsel and in my opinion, should have recommended that an independent investigation be conducted.

· If wrongdoings had been uncovered within the C-suite, then the AC should have informed the relevant authorities and considered the appropriateness of making SGX announcements.

· Any decision in relation to an investigation, should not be allowed to be unduly influenced by any internal party.

Following the submission of my concerns to the AC and the serving of a writ of summons by another party, would it have been appropriate for an offer to be made for my husband to sell his shares in Strategic Marine, only if I agreed to hand over all hard/soft copy documents, in my possession, which related to the serious matters of concern which I had raised?

Would it have been appropriate for my husband and myself, as part of the same offer, to be asked to prepare, sign and hand over letters to retract matters of concern which had been submitted to various parties including the SGX, audit committee chairperson, DBS Bank, CEO of Triyards, MD of Ezra Holdings, ASIC, Major Fraud Squad and many other parties?

Who was watching the watchman?

Who took the decision, not to make public, the writ of summons which was served on two subsidiaries of Ezra Holdings in November 2014? Given the writ of summons and statement of claim contained references to unauthorised share transfers and signatures affixed to Strategic Marine documents which had been delivered to the Ezra Holdings office, without the knowledge, consent or authorisation of the signatory? Was this a decision taken in the best interest of all stakeholders?

Why was the writ of summons subsequently withdrawn in May 2015? Would it have been appropriate, under the circumstances, for someone acting in their personal capacity to enter an agreement, where one of the conditions stipulated would be that the writ of summons served against two Ezra subsidiaries be withdrawn?

Who was watching the watchman?

Does my experience demonstrate a failure of corporate governance within some SGX listed entities and a failure of regulatory bodies to act?

In the interest of all stakeholders, there should be a request for an examiner to be appointed by the courts under Chapter 11 and an independent and transparent investigation undertaken within Singapore. Otherwise, I fear we could see more cases like Swiber and Ezra, if the watchmen are not doing their job.