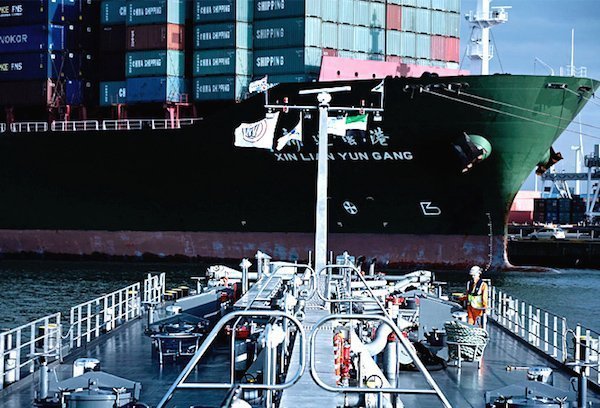 Singapore: A former manager at bankrupt bunker supplier OW Bunker has been arrested in Denmark, the Danish public prosecutor said. Danish authorities will extradite the man to Italy, where is he is wanted for fraud.

OW Bunker filed for bankruptcy in November after a $125m fraud was committed by senior employees within its Singapore-based subsidiary Dynamic Oil Trading (DOT).

The arrested man and five others are alleged to have cheated the Italian navy out of €7m ($8.6m) for fictitious bunker fuel delivered from a non-existent vessel, Danish daily Berlingske reported last week.

The Danish prosecutor’s office is still investigating the collapse of OW Bunker. A group of large Danish institutional investors has also launched its own probe.

Meanwhile, bunker trading in Singapore has remained steady, in spite of the collapse of OW Bunker, previously the world’s biggest bunker supplier by volume.

Year-to-date volumes now stand at 38,839,300 tonnes, just 40,500 tonnes less than at this point last year, according to the latest preliminary bunker sales data from the Maritime and Port Authority of Singapore (MPA).