, which capsized in St. Simons Sound near Port of Brunswick, Georgia, on Sunday.

A salvage team was deployed to the vessel yesterday morning and by 1pm local time it was confirmed the four men, believed to have been in the engine room when the vessel ran into trouble, were still alive. The first three were extracted from the vessel by 3pm, and the last crew member at 5:50pm.

All four have been transferred to hospital for medical evaluation.

The Port of Brunswick has established an emergency safety zone around the vessel and the coast guard has shifted operations completely to environmental protection and removing the vessel safely.

Local media reported yesterday that there were signs of an oil leak into the sound and the Georgia Department of Natural Resources has deployed staff to handle the situation. 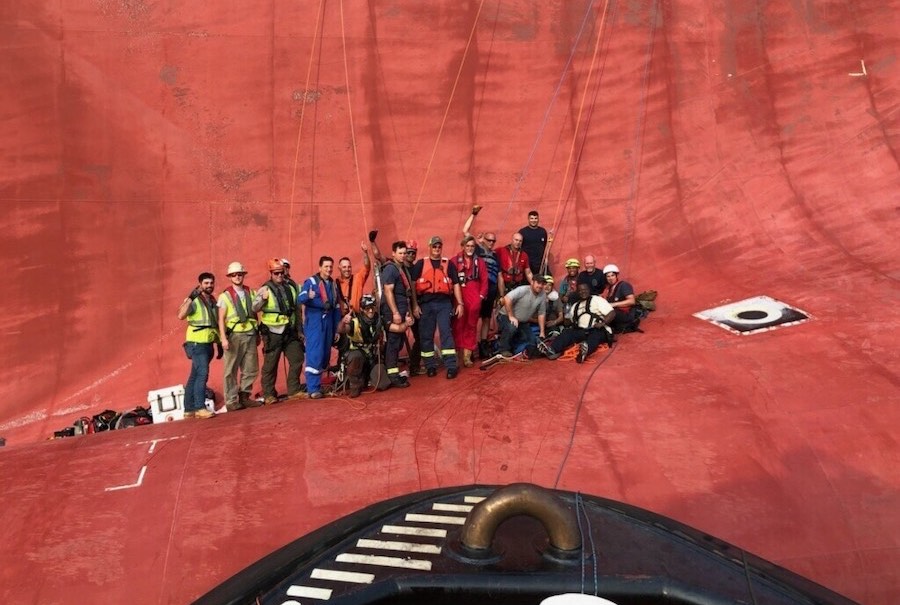