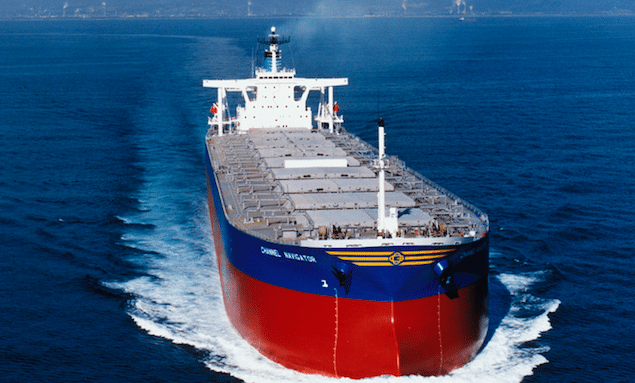 John Fredriksen continues his appetite for acquisitions and consolidation with his dry bulk entity Golden Ocean Group agreeing an all-share transaction with Greece’s Quintana Shipping to acquire its fleet of 14 vessels.

Quintana’s fleet is made up of four kamsarmaxes, one panamax, three-post panamaxes and six capesizes, all ranging from two to six years old.

Golden Ocean said that the deals, based on a share price of $7.14 per share, are worth around $412m and will add significant scale to Golden Ocean’s operating fleet and contribute to reducing cash breakeven levels.

Birgitte Ringstad Vartdal, CEO of Golden Ocean Management, commented: “We are proud to be in the position to acquire a large number of modern, high quality vessels in an all-share transaction. This underscores the value the sellers ascribe to our operating platform, management team and corporate strategy. The acquired vessels, averaging 4 years of age, which matches the age profile of our existing fleet, will further enhance our already significant commercial scale and increase our operational leverage to a potential dry bulk market recovery. Combined with attractive bank financing which includes no fixed debt amortization and soft covenants through June 2019, the transaction should be accretive also in terms of cash breakeven levels. We consider the price obtained to be attractive and expect the transaction to be significantly value-accretive to our shareholders.”

Golden Ocean expects to close the deals during the second quarter of 2017, and upon completion will have increased its fleet to a total of 77 vessels, not including a further six newbuild capesize bulkers under construction.

Separately, Golden Ocean Group also announced the commencement of a new equity offering for gross proceeds of around $60 million which will be used to partially pre-pay debt under a new loan agreements being entered into in connection with the Quintana Shipping acquisition.

Even by his own standards the first 11 weeks of 2017 have been especially busy for Fredriksen. Speaking with the Financial Times earlier this year Norway’s richest man – who turns 73 on May 10 – said he had no intention of retiring in the next three to five years as he felt there was so much to fix across his broad range of investments, not least struggling Seadrill, his rig outfit which is saddled with billions of dollars of debts. Fredriksen’s tanker firm Frontline tried to buy rival DHT Holdings earlier in 2017, while his OSV unit Deep Sea Supply has agreed to merge with two other Norwegian firms.

PGS to cold stack a quarter of its fleet