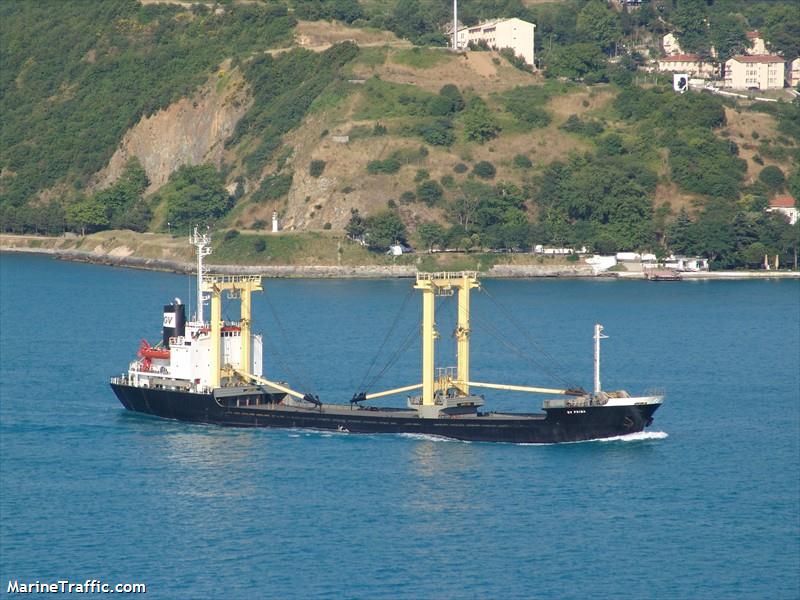 that ran aground due to bad weather and was split in two in Kissamos Bay in Crete last week.

The Comoros-flagged ship, managed by Egyptian company International Marine Shipping, was caught in a heavy storm in the Mediterranean Sea carrying iron and metal products from the Port of Iskenderun in Turkey to the Port of Misurata in Libya.

According to local media reports, the general cargo ship was trying to anchor off Crete but ran aground in Kissamos Bay and subsequently broke apart under the impact of waves as high as 5 m.

The initial oil spill was contained by a barrier before the remaining fuel and lubricants were removed from the vessel. The Greek Coast Guard reported that the operation was under constant surveillance by an anti-pollution vessel, while patrols surveyed around the stranded ship and in the wider sea, and no major pollution was detected.